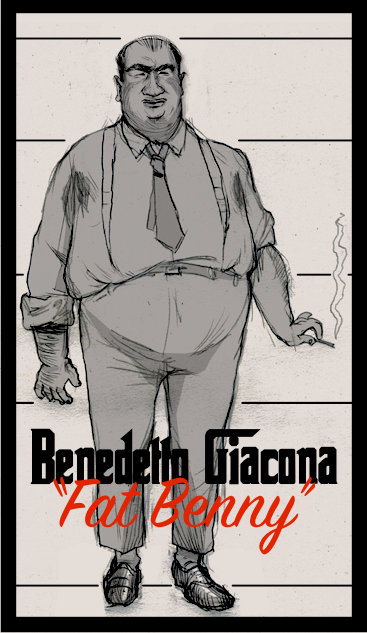 Unfortunately for Fat Benny, the Black Hand’s underboss has been elephantine for all his life. As a child, the balloon tires of his bicycle burst under his weight. At his parochial elementary school, his rump wouldn’t fit the desks provided by the Ursuline nuns. In high school, he got stuck inside his tuba while performing with his marching band at a LSU football game. The paramedics had to scissor off his jacket, smear him with vaseline, and pry him loose in front of 90,000 people. In his senior year, he mustered up the courage to invite a girl to the Saenger Theatre. A gang of Irish kids in the balcony rained down a barrage of water-filled condoms on their heads. As an adult, he filled his body with laxatives, tried every diet imaginable, trained at fat farms, sweated to the oldies with Richard Simmons, attended a firewalkers school run by a celebrity conman in California, almost died from liposuction, and finally had a gastric bypass.

The consequence of the latter was a weight loss of 186 pounds in a year—all of the wrong kind. He lost the blubber, but under the blubber was the support system of sinew that now hangs on his frame like curtains of partially hardened cement. If this wasn’t enough of a problem, Fat Benny has another one that has been equally egregious and beyond the scope of medicine. He’s ugly. Indeed, his head has the uncanny resemble of a baked potato, tan and lumpy. His few strands of balding black hair are brushed like oily wire across his scalp, even as his thick, bushy brows look like they need to be trimmed by a weed whacker. His nose is huge, his lips puffy, and his mud-colored eyes all but drowned by his flaccid upper eyelids. As if compensating for (or trying to distract others from) such unbecoming features, Fat Benny favors pastel pixie-colored suits, never wearing the same one twice: tangerine, lime, periwinkle, cotton candy. He generally carries a pair of military-grade encrypted cellphones in his pockets, belladonna in his lapel, and a gold-plated pistol in the lipstick lining of his jackets.

Fat Benny was born the grandson of Corrado Giacona, don of the Black Hand during Prohibition. Like Conrado’s other progeny, Benny was raised from birth to follow in his predecessor’s footsteps, but his obesity, homeliness, and related physical and social awkwardness made him seem the least likely to achieve that coveted position. Yet, these features, and the social rejection they generally caused, led Benny to develop the very talents that later ushered his rise in the Family’s ranks. More specifically, the involuntary introvert spent much of his childhood and adolescence reading books, dissecting games of chance and strategy, and self-teaching himself about sundry fields. One field in particular that caught Benny’s attention and aptitude was computers, particularly software development and programming. By the time he graduated from high school, Benny was a self-taught computer guru, and though his kin and peers generally belittled him for ‘wasting his life looking at little boxes and letters’, Benny eventually proved the utility, and profit, of using computers with the Family’s enterprises. That utility and profitability boomed with the internet’s advent and rapid growth.

Outside these social interactions, though, Fat Benny largely remains the same socially anxious, self-conscious fat kid of his youth. Consequently, he typically prefers to work through intermediaries and technology-mediated communication and has not made even the slightest move or hint that he plans to take Tony’s place as don. While this timidity has earned Fat Benny a measure of derision from his peers and subordinates, the latter have at least learned to keep their mouths shut, as Fat Benny has similarly earned a reputation of utterly, if indirectly, destroying those who mock or snub him. For example, when one capo mocked Fat Benny’s participation in a local opera troupe that never performs (due to Benny’s social anxiety), Fat Benny responded by infecting the school email accounts of the capo’s college-attending sons with child pornography, causing his kids to be expelled from LSU and Tulane. Benny then hacked the capo’s phone records and forwarded texts with his three mistresses to the capo’s wife and the other three women. The same day, he digitally took over the capo’s personal computer with its saved passwords and emptied the capo’s bank account, donating all his money to a local homeless shelter. Needless to say, no one laughs at Fat Benny anymore, at least not to his face. 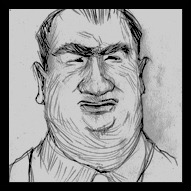