“Speak softly and carry a big stick; you will go far.”
—Theodore Roosevelt

“A big man has no time really to do anything but just sit and be big.”
—F. Scott Fitzgerald 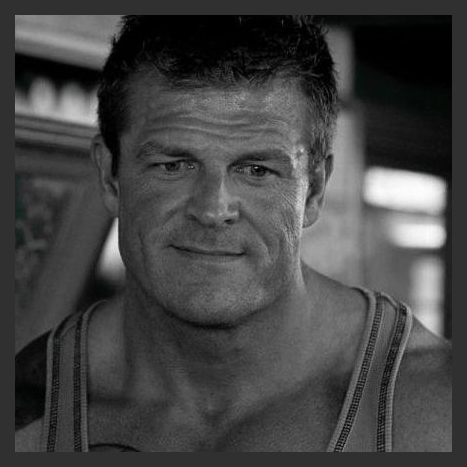 Ben Chandler is the sort of man who no one wants to meet in a dark hallway. A massive slab of meat, Ben stands around a head taller than most people and weighs close to 300 lbs, most of it heavy muscle on his powerful and broad-shouldered frame. Ben dresses casually and inexpensively, favoring jeans and wifebeaters that keep him cool in the South’s muggy heat and which aren’t any great loss if he ruins.

The right hand of Roger Ferris, Ben has worked for the Malveaux Family for the better part of a decade. Where Ferris is the overall architect of the family’s protective efforts, Ben is the blunt end of the stick used in those efforts that require direct action.

Ben was born in small-town Alabama to a working-class family and wanted to join the Marines from a young age. He wound up working a variety of industrial jobs instead. The Corps’ height/weight standards disqualified him from enlistment until the Iraq War, when waivers were readily handed out to meet recruiting standards. Ben got his start working with Roger Ferris in Iraq as a lance corporal who made an excellent impression on the then-field operative. That impression persisted long after Ferris transferred out of Iraq into Jordan and subsequently left the CIA. Meanwhile, Ben was drummed out of the Marine Corps in 2008 after his five-year enlistment ended. His service record as an NCO was exemplary, but the same height/weight standards that initially disqualified him from enlisting hadn’t changed—only the Corps’ willingness to hand out waivers now that the Iraq War was winding down.

Ben only had to work a construction job for a few months, though, before Roger reached out to him while putting together his own security team for the Malveaux family. Ben jumped at the opportunity and the rest is history. Although Ben is far from a dunce, Ferris mostly uses him for his intimidating presence and physical skills. As a combat veteran, he’s unfazed by danger or the use of violence. He truly enjoys his job and appreciates his boss, both for his professionalism and the opportunity it has given him. Private security pays much better than any of his old jobs ever did.

Outside of work, Ben’s a big fan of football (he was his high school’s star quarterback), though he maintains that it’s gotten too soft and concerned with injuries rather than “purity” of the game. He’s a diehard fan of the Alabama Crimson Tide and often wears a ball cap for the school. This earns him a great deal of “love” in New Orleans, although almost no one has the guts to actually say anything to the titan of a man.

In December 2015, Ben and the rest of Ferris’ people were ostensibly fired by the Malveaux family for selling secrets to corporate and political rivals. Ben knew it wasn’t in Ferris’ character to burn his own boss, and told the man he’d stick by him, even after the paychecks stopped.

Life on the lamb had few comforts, but Ben was used to hardship. (He ribbed Brett Goodman more than once for how soft he was, complaining all the time about the dried-up cash flow.) Within a few months, Ben’s faith was well-rewarded. In March 2016, Ferris told his people that they could come out of hiding. They started to receive back pay from the Malveauxes.

Then at the end of the month, Ferris told Ben to drink his blood, three times over three nights.

Ben’s duties as a ghoul are much the same as they were when he worked for the Malveauxes: the blunt end of the stick. But where simple intimidation often served his purposes as a mortal, Ben finds that service as a ghoul involves far more physical violence, and he’s faced significant combat in the time since he first tasted Ferris’ blood. Ben doesn’t hunger for thrills like Brett Goodman does, but he doesn’t shy from danger either. It’s simply what this new life involves.

Not that Ben feels in particularly great danger from anything. His domitor’s Lasombra vitae has turned the already physically imposing man into a true terror, and Ben has been seen to bend steel with his bare hands—spade-like instruments now more than capable of dealing out death on their own. Ferris relies heavily upon Ben to serve as muscle within the Guard de Ville. The ex-CIA agent has always been a spy first and a combatant second.

A moderately devout Baptist in life, Ben was discomfited to learn what Ferris now was, but loyalty to his boss ultimately won out over the sermons of his pastors. He’s expressed interest in Sanctified theology and even agrees with it—he doesn’t think God would suffer vampires to exist without purpose, and agrees that plenty of people will be poor Christians without force and fear. He’s somewhat put out that much of the Second Estate’s theology seems fairly Kindred-centric—there’s little enough there for a ghoul whose domitor hasn’t pledged his Requiem to being an avenging wolf of God.

Ben’s domitor is Roger Ferris, one of the hounds on the Guard de Ville. He’s young but well-positioned in Kindred society for his age, and Ben has a working relationship with him that goes back for over a decade. Even without the bond, it’s doubtful he’d want to trade his domitor for another. For his part, Ferris trusts Ben more than any of his other ghouls, and has made clear to them that Ben is in charge when he’s not around—he intensely disliked the infighting he saw between Autumn Rabinowitz and Sarah Anne Widney during his own time as a ghoul. (Domitor ••)

Brett’s an accepted member of ghoul society. His domitor relies upon him and doesn’t look like he’s about to get rid of Ben anytime soon. For his part, Ben’s found it useful to keep his ears open and develop contacts in this strata of the All-Night Society that his domitor won’t ever be part of. He finds that people there are just as inclined to dismiss him as a dunce—apparently, plenty of ghouls are kept around purely as muscle. He’s perfectly fine with that. (Ghoul Status •) 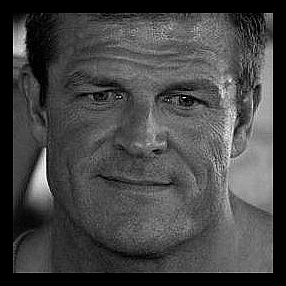