She smiles back… and then it hits her. What feels so off about Adler. She seems… normal. She’s entitled, sheltered, and protected by her position. The other Ventrue is an immortal reflection of Caroline’s mortal existence.
Caroline Malveaux-Devillers
“Miss Adler knows enough to look the part of innocent. That’s more than I can say for her sire.”
Rocco Agnello 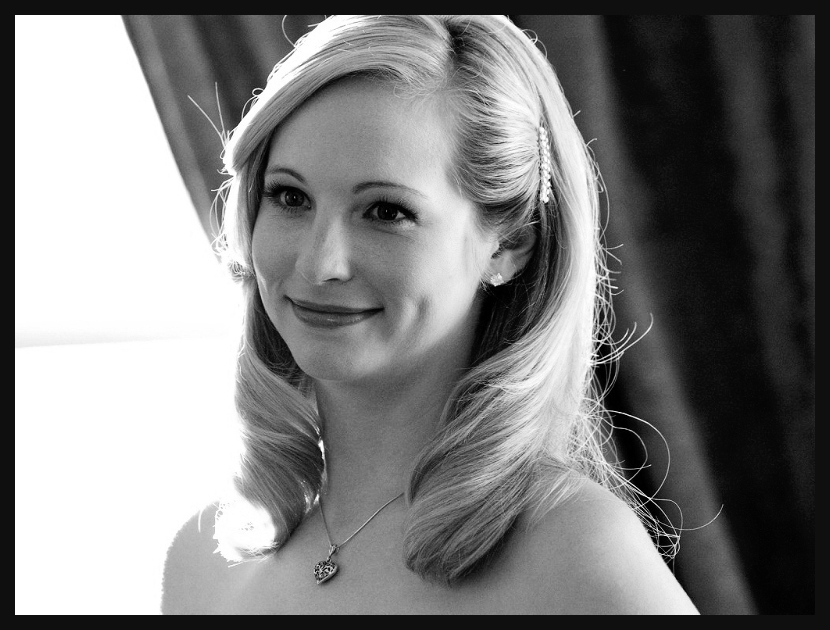 Becky Lynne is beautiful. Embraced in the flower of late adolescence, she has delicate features, soft sun-blonde hair that falls slightly past her shoulders, and deep brown eyes. She smiles easily and often, which together with her slight build and short height (she barely breaks 5’0"), give her a harmless appearance—the sort of girl who couldn’t intimidate a grade schooler.

She favors semi-formal attire in most settings, usually knee-length dresses with open-toe heels, and spurns the usual somber colors of the Damned. Whites, yellows, pinks, and baby blues are the typical pigments in her wardrobe. Her jewelry is light, usually diamond pieces that complement her appearance without drawing overmuch attention to themselves. In more casual venues, she dresses much the same, but wears less jewelry and sometimes adds a headband that gives her a wholesome ‘girl next door’ look. She is always seen with a silver heart-shaped locket on a chain around her neck.

“She certainly seems to have led a charmed Requiem.”
Caroline Malveaux-Devillers

Becky Lynne was a true Southern belle, the pride and joy of an old money family in Georgia who could trace their ancestry all the way back to the Antebellum. She was close to her mother, whom she’s known to frequently quote with such adages as “My mama always said…” and “My mama always told me…” but was very much a daddy’s girl too. She was her parents’ only child and they showered her with love and attention. She was educated at an exclusive private school, attended a debutante ball for her sweet 16, and received everything she ever wanted. She’d probably have found some nice young gent to marry after graduating college, had fate not had other plans.

Becky Lynne was brought into undeath in 2004 as one of the Armstrong Five, a coterie of neonates collectively Embraced and abandoned in Louis Armstrong Park. Augusto Vidal tasked the krewe with bringing their sires to justice and they did not disappoint: four of the Armstrongs’ sires were either slain, driven from the city, or turned over to the prince’s justice thanks to the neonates’ efforts.

Becky Lynne’s sire was the sole exception. To Kindred society at large, their identity and fate remained a mystery. Gabriel Hurst, however, came forward to claim the neonate as his sister-in-blood. Hurst’s own sire was also little-known and this set many tongues wagging, for the older Ventrue was a (moderately) respected figure in Kindred society. Either the two’s mutual sire was someone of good stock (in which case, why stoop to Embracing and abandoning a childe as one of the Armstrongs?), or perhaps Hurst’s origins were lowlier than he had claimed.

Kindred soon came to believe it was the former. Philip Maldonato seemed to greatly favor Becky Lynne, and with the seneschal’s patronage, it wasn’t long before she was regularly seen in the company of such luminaries as Pearl Chastain, Accou Poincaré, and Francesca Dumont. When the ever-modest neonate’s exquisite social graces held their own in Elysium, her star swiftly rose.

Most of New Orleans’ younger neonates were killed or displaced by Katrina. Becky Lynne wasn’t one of them. It’s anyone’s guess where she went during the storm, as she wasn’t seen in Baton Rouge or Houston with the majority of the fleeing Kindred “refugees.” Gossip held her mysterious sire arranged her shelter in a secure location outside the city. Whatever the case, Becky Lynne made it through the worst disaster in New Orleans’ history seemingly untouched.

Becky Lynne was one of the first vampires granted permission to return to the shattered city. She worked closely with her brother-in-blood Hurst to assist in New Orleans’ economic recovery and demonstrated close ties to Whitney Bank, one of the largest financial institutions in the Southern U.S. Most vampires doubted the young Ventrue had obtained so valuable a domain on her own: another gift to thank her mystery sire for. Most vampires also badly needed money with their domains in tatters. A more ruthless Kindred might have eagerly exploited their own kind, but Becky Lynne was seemingly happy to help everyone out. She didn’t grant access to Whitney capital for free, but she refrained from the “post-Katrina price gouging” that more predatory vampires charged for things their fellows wanted.

Savvier Kindred were immediately suspicious. A few dug into the young Ventrue and looked for dirt. None came forward with anything. Beck Lynne’s financial assistance, meanwhile, proved useful to the city’s economic recovery. Even if her motives were less than altruistic, other vampires grudgingly accorded that the neonate played the game well.

A decade-plus later, they’re still saying that about her.

Becky Lynne makes her domain in the Garden District, where she has feeding rights along Magazine Street.

Becky Lynne shares a public haven in the Garden District with her elder brother-in-blood Gabriel Hurst where they receive visitors. Most Kindred doubt the two Ventrue usually sleep there.

Becky Lynne holds the keys to Whitney Hancock Bank. With $30 billion in assets and 4,000 employees, it’s one of the largest banking empires in the South. It was anyone’s guess how Becky Lynne obtained it until 2015, when her sire’s identity as John Harley Matheson became a matter of public knowledge. The Ventrue elder sunk his claws into Whitney Bank during its 1899 founding (he provided much of the initial starting capital) and has claimed it as his ever since. However, due to Matheson’s exile from the city and his poor grasp of modern communications technology, Becky Lynne largely runs the bank for him in New Orleans. As Marcel Guilbeau described to Caroline Malveaux-Devillers, “She has almost unrestricted use of an elder’s resources, his name and authority to invoke in her dealings with other Kindred, and what’s probably very little actual oversight from him. I rather wish I could have been her, at that age.”

Becky Lynne operates what she calls a “one-two operation” with her elder broodmate Gabriel Hurst. Hurst may well have the most diverse domain in the city, with holdings that include barber shops, grocery stores, apartment buildings, private schools, ice cream parlors, and numerous other ventures. Hurst gets his capital from Whitney Hancock. As he likes to describe his arrangement with his sister-in-blood,

“She counts and packs the eggs that fall from the golden goose, and I deliver them far and wide throughout the city.”

While Becky Lynne oversees the bank’s affairs, Hurst ensures the bank’s tendrils are deeply embedded in countless businesses and individuals throughout the city. John Harley Matheson is one of the richest vampires in New Orleans, a status which his progeny’s activities have only further cemented.

Caroline: “If I thought she wanted to get back at him it would be different, but she’s… honestly really cunning when it comes to not making enemies she doesn’t need. There’s a reason she’s come as far as she has, and as much as I don’t want to admit it, it’s not just her sire."
Jocelyn: “Huh, how would you say that is? So far as not making enemies.”
Caroline: “Just not taking offense, not taking opportunities to drag other Kindred down when she has the chance, even if she has a personal reason. Consider that Rocco bashing at Elysium. Even though she was probably the most insulted by what he did, she didn’t really join in. She doesn’t take her eye off the ball, off the longer game. Mind you, it’s easier once you’re off the ground floor to play those longer games, and she definitely started further up the chain than most. But as much as I might hold it against her, I can’t take it away from her.”
Caroline Malveaux-Devillers to Jocelyn Baker

Becky Lynne likes to be everyone’s friend. In addition to her sire’s favor, she still enjoys that of Philip Maldonato’s and the Prima Invicta—a relationship that now makes a good deal more sense given Matheson’s position as that council’s second-eldest member. Among her covenant, Becky Lynne is closest to Pearl Chastain and Accou Poincaré. The ever-caustic Adelais Seyrès seems to find less in common with the “diabetically sweet” neonate, but the harpy’s paramour Pierpont McGinn is unsurprisingly friendly towards his well-regarded WASP clanmate.

Becky Lynne is quite close to her brother-in-blood Gabriel Hurst, who is always quick to defend her honor. The two are frequently seen together at public events. There’s some speculation they’re lovers, but the two have laughed the idea off.

Becky Lynne has no known enemies. She’s friendly to Savoy’s people without being attending the French Quarter lord’s court. She has little to do with the Baron’s followers. A few Anarchs have made fun of her for being an “elder’s pet,” but most find worthier targets for their ire in Vidal and the prince’s most bloody-handed lieutenants.

She’s a frequent sight at Elysium by the harpies’ sides. She isn’t one of them herself, but she’s a favored hanger-on and might be some night. She’s carefully managed to avoid being drawn into the feud between Veronica, Marguerite, and Katherine. (Harpy Status •)

Becky Lynne is the childe of John Harley Matheson, a member of the city’s Gerousia and Prima Invicta, as well as former whip for his clan. Vidal banished him long ago for the suspected crime of headhunting (feeding on one’s own kind). His dignitas among Clan Ventrue remains largely untarnished, however, and he stands the second-eldest of member of the Ventrue clan after the Prince Vidal. Matheson’s sire is unknown, but he claims to be a descendant of Artemis Orthia, a methuselah of the fourth generation who met final death in battle against Troile during the Third Punic War. Her sacrifice was said to have allowed the other Roman Cainites to finally lay the Brujah Antediluvian low. Artemis Orthia is the childe of Ventrue. Legend holds he perished outside the gates of the Second City, leading Clan Ventrue to consider themselves the only clan free of an Antediluvian’s manipulations.

Gabriel Hurst is Becky Lynne’s elder brother-in-blood and the primogen for his clan since Hurricane Katrina. 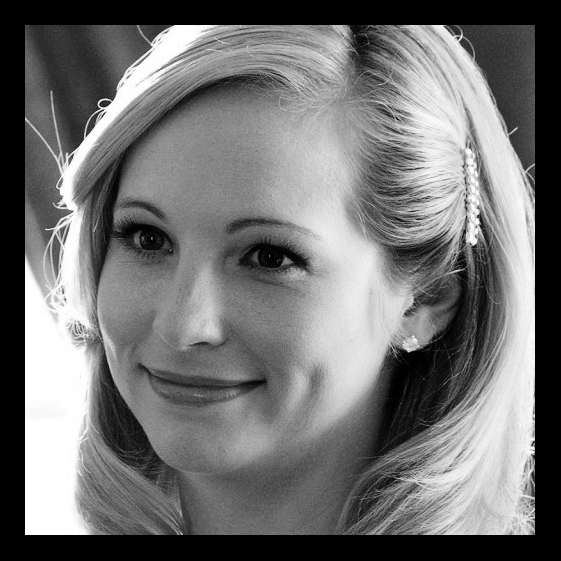