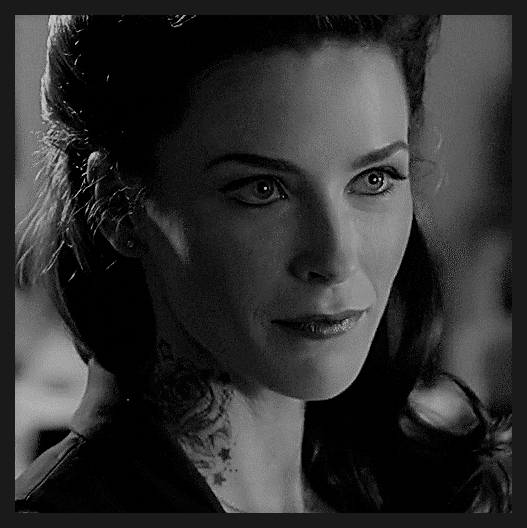 Seductive. Alluring. Welcoming. Audrey is whatever others want her to be, whatever they need. She’s a social chameleon that readily blends in wherever she’s needed. Beautiful, with a lithe build, thin lips, and a ready smile she all but invites approach. She’s tall—very tall for a woman—but those shorter than her rarely realize it – she goes out of her way to find opportunities to sit, lean, or otherwise avoid lording over others. Her makeup is always flawless, her clothing always just revealing enough. It’s all very intentional, but no less effective for the work that goes into it. The tattoos that run up her right side from hip to neck and down her arm are her only indulgence—a turn-on for some, a turn off for a few, but an affirmation of her own identity for herself. Thorny roses, stars, and elaborate patterns. Beautiful and ornate, much like how she views herself.

She speaks with an unusual accent, a mix of French, English, and American that seems to shift and shuffle around as needed through a conversation, at least on an initial meeting. It’s intentionally exotic and enticing, and like many other things about her, seeks the listener’s desire. Her voice is melodic, pleasing to the ear. Her eyes, soft and expressive. They’re a lie, in truth she’s neither, though she can and does “fake it” willingly and convincingly. Her hair is naturally an unusually dark black, though she readily dyes it in lighter shades, depending on her audience.

Audrey was born in New Orleans, onto the street, her mother a whore and her father a question mark. A product of the late ‘80s and early ’90s crack epidemic, Audrey’s mother, then sixteen, left her newborn daughter behind a dumpster to die in the pursuit of her next fix but was caught fleeing the scene and ended up in prison for it. Shuffled into New Orleans’ care system, Audrey spent five years as an infant and young child learning the depths of the abuse, depravity, and neglect that the State of Louisiana was willing to permit. She learned at a young age that the key to survival was remaining quiet and out of the way, but that the key to success was more than that. It was becoming complaint and pliant—a blessing rather than a burden for her erstwhile “caregivers”.

By the time her mother, Brittney Morrow, was released from prison for criminal abandonment, cruelty to juveniles, child desertion, drug possession, and half a dozen other related charges half a decade later, “clean” and ready to rejoin society and take possession of her daughter, the young girl was already well on her way to being what she is today. She was quiet, compliant, friendly, and accommodating. The years that followed only reinforced that persona. Unsurprisingly, Brittney relapsed into drug abuse. The state’s tracking of the parolee was poor, and before long both Brittney and Audrey were off the grid, living between halfway houses and crack houses. Those years are dark years that Audrey rarely talks about, half a decade of sleeping on dirty floors, of harassment, groping, and worse she chooses not to remember at the hands of addicts and dealers both. Years of watching her mother strung out and waste away as her beauty was consumed by her habit, as her teeth rotted away and fell out and her behavior became increasingly erratic. For years she told herself that she did what she had to do to survive that period, that she suffered every abuse and enormous neglect because it was required, but in her heart Audrey knows the truth: she suffered more than simply abuse, she courted her mother’s boyfriends and fellow addicts, her pimps and her dealers, as a child to get what she wanted, needed, and what her mother could not provide, both in attention and in basic needs.

When her mother was eventually picked up again for prostitution, drug possession, and child endangerment, young Audrey met it with a mix of relief and fear as she once again returned to foster care. Her mother’s treatment of her had been deplorable, but it was almost all that she remembered, and departing to a new life with strangers was a terrifying experience. As it turned out, as bad as New Orleans Foster Care was, it was far superior for the meek and accommodating girl than her mother ever had been. She attended school consistently, ate real meals, and slept (more often than not) in an actual bed (of questionable quality though it might have been) without (again, more often than not) rough hands and worse waiting for her. Though she watched with jealousy other children with actual parents and lives, she went out of her way to create for herself a life she could endure and even prosper in.

It was infuriating then when her mother once again returned to her life, fresh out of prison and “clean” again to her life with her “fiancé”. Her mother was a disaster, her beauty long gone, her life a wreck, but she was not openly malicious. The same could not be said for her fiancé. Tyron proved far more abusive than her mother’s casual neglect, and in more ways, but she tolerated it, tolerated his touch, until he tried to force her into turning tricks for him on the street: an anonymous call to the NOPD put him back in prison and separated Audrey from her mother again, for the last time. She sought her emancipation and GED at 16 and began to carve out a life for herself as a waitress in the French Quarter. That saw her through for a time – her gimmick and story as an emancipated minor, combined with her developing and striking looks and ready demeanor. Within a couple of years however Audrey’s patience for eking out a living grew thin and she found herself stripping on her 18th birthday. The money was good, the hours better, and the often maligned girl had few hangups over showcasing her body to her advantage. As it turned out, she had fewer still to come as she continued down the service industry slide, eventually selling more than simply dances at the club as she began community college classes and moved out of her rundown apartment. She found that she liked the finer things in life, and was willing to do anything, or at least almost anything, to get them for herself.

That attitude, combined with her striking looks, brought her into contact with Brett Goodman, among other clients. Smart enough to seek someone not affiliated with a pimp or madam, who might blackmail him with the information, the con artist turned Malveaux retainer retained for himself the services of Audrey for his own purposes. He secretly lusted after his employer’s daughter, Content Not Found: caroline-malveaux, and Audrey had a more than passing resemblance to the heiress. He paid her to dye her hair, paid her to let him call her Caroline, and paid her to do far more besides.

That arrangement in turn brought Audrey into contact with Caroline Malveaux when the Ventrue heiress stalked Goodman (then spying on her for her uncle, Orson Malveaux) home one night to find Audrey dolled up in her image for the conman’s entertainment. The heiress was not amused, but nor was she so filled with wroth that she ignored the obvious opportunity presenting itself.

In Audrey, Caroline found quite a useful agent, one accustomed to the vice business, but without ties to another’s owned industry. Her free agent nature made her an extremely appealing pickup, and what started as a more simple relationship built on domination soon grew into outright ghouling as it became clear both how intelligent, determined, and charming Audrey could be. Caroline needed a more mortal point of contact to manage the ties she was working to create with vice: Audrey fit very neatly into the role, especially as she took lessons from Mélissaire Larieux in the proper management of such a business..That the girls she ‘manages’ double as Caroline’s herd bothers her not a bit—everyone pays their dues in their own way, and Caroline’s touch is gentler than that of most pimps, and more pleasurable than that of most lovers, as she well knows from their earliest meetings. Though Caroline has not touched her since the Ventrue gave her the blood, Audrey cannot help but shiver at the thought of it… and how a part of her longs for it, despite the danger Caroline’s kiss carries.

Personable, practical, ambitious, and amoral, Audrey was in many ways a splitting image of Caroline in more than just appearance, her severe emotional damage at the hands of her ‘stepfather’, mother, and foster homes not withstanding (she never spent more than six months at one). She struggles to form attachments, struggles with intimacy (though not sex), and is viciously direct in the pursuit of what she wants, whatever the cost to herself. She’s never expected much out of life, and at every turn has been forced to compromise herself in the pursuit of any success, including simple survival. She clawed her way from nothing at the cost of her integrity, and it’s a price she paid willingly.

Audrey rarely opens up, rarely voices an opinion not carefully calculated to appeal to those around her, and even more rarely gives offense as a result. At the same time, that careful refusal to share of herself creates long term distance from others: those that might otherwise count her as a friend, neighbors and coworkers, have trouble identifying exactly what she believes, or even wants.

All of this played into Caroline’s use for her, especially once the bond set in. Audrey had no connections to severe—she had none to begin with—and needed no adjustment of her course, for she was a rudderless ship. Swept up by her ‘love’ for Caroline, her appreciation for the finer things that her work for the Ventrue provides, and the appeal of immortality she bought both readily and fully into the service of the once (and future?) heiress. She would genuinely do anything for Caroline, and is unmoved by the sinful, dark, and criminal nature of the work she’s been pressed into controlling. 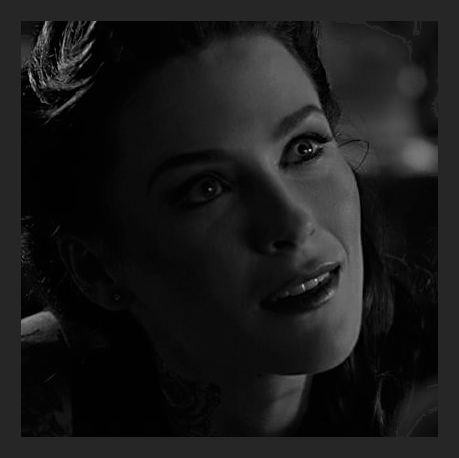