“Come, let us pity those who are better off than we are. Come, my friend, and remember that the rich have butlers and no friends, while we have friends and no butlers.”
—Ezra Pound 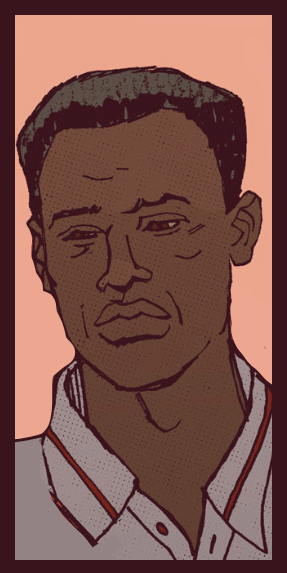 Due to his dark skin and slightest of accents, the foreign nationality of the Afro-Nicaraguan Armando Jérez de la Rocha is mistaken by most visitors to the Boggs’ mansion. His features are relatively handsome, but there is a softness or meekness to his features that clearly delineates himself as a follower, rather than a leader. His trimmed, well-groomed hair gives him the faint aroma of coconut and shea butter. His nutmeg eyes have a ruddy sheen that grows almost crimson when he has freshly fed from his domitor. Although more than comfortable in formal attire, Armando performs most of his duties in fine, tucked-in polo shirts, pressed dress slacks, and Italian leather loafers.

Bestowed the Proxy Kiss in 1987 by Isabelica, Armando has served as the Boggs’ plantation butler ever since. Before Sugarbelle pulled strings to get him political asylum in the United States, Armando and his forefathers served as butlers to the Nicaraguan Somoza dynasty—at least before their regime was overthrown by the Sandinista National Liberation Front during the Nicaraguan Revolution. After failing to prevent the assassination of his last master, President Anastasio Somoza DeBayle, during the man’s exile in Paraguay, Armando is incredibly protective of his current charges and their domicile, and is largely responsible for the relative degree to which the Big House has withdrawn from and become off-limits to the Boggs’ masses.

Consequently, Armando is ill-regarded by most Boggs, above and beyond his status as a “wetback-nigger,” and has been given the sobriquet of “The Roach.” Like his domitor, Armando reciprocates this ill-feeling, but keeps his tongue perpetually in check. Cletus, meanwhile, supports his butler, as he believes the man’s cool antipathy, perpetual suspicion, and first-rate training make him perfect for his role (plus, he needed a new butler after he accidentally killed the last one during an altercation with Buford). Due to their roles and relative paranoia, Armando gets along surprisingly well with Jedidiah Rooster Boggs. His relation with Ms. Beauchamp, however, is strictly professional. He respects her housekeeping skills and coordinates with her as often as possible, but he completely ignores her religious eccentricities.

Although Armando appreciates the immortality and physiological boons that ghouldom grants, the butler privately loathes the blood bond, as it makes loyalty amongst ghouls rather involuntary, universal, and taken for granted. Essentially, Armando believes that he, unlike others, would serve just as loyally without the bond—but that this exceptional devotion goes unrecognized. Despite this belief, and regardless of its actual validity, Armando is nonetheless a hopeless vitae addict.

Due to the waking hours of his masters, Armando largely keeps a nocturnal schedule, delegating (but still indirectly managing) diurnal operations. Due to his background and elite training, Armando is conversant on a number of topics, though his understanding of current events has become somewhat dated. Sometimes as part of his duty or merely to pass the time, Armando plays his guitarrilla—and when he thinks no one is listening, he flicks on an old antenna-radio to listen for baseball broadcasts.

Besides such accouterments, Armando’s personal chambers are meticulously clean but devoid of personality—save for two oddly juxtaposing items. The first is a dented but still operational bazooka—the same that was fired twice by Hugo Irurzún to kill Armando’s prior master. The second item is an embalmed, still-beating heart sealed in a mason jar. While the jar formerly belonged to the now-dead Boggs who first called Armando “The Roach,” the heart was, or still is, that of the Argentinian Marxist revolutionary, Enrique Gorriarán Merlo, who led Anastasio’s assassination. Both are gifts from Armando’s domitor that act as promised tokens of revenge—and reminders that failure will not be forgiven a second time. 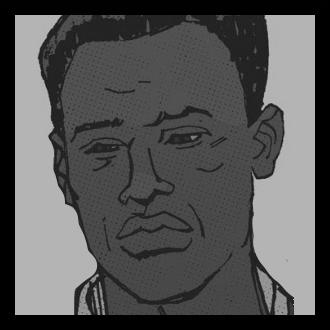