“Yet have I ever heard it said that spies and tale-bearers have done more mischief in this world than poisoned bowl or the assassin’s dagger.”
Friedrich Schiller 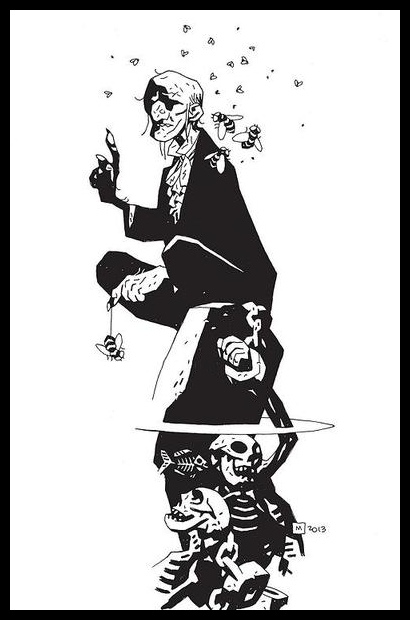 Armand Chassagnac is, in a word, revolting. Angry clouds of flies nosily buzz around his person, occasionally landing on his thin scalp, crawling underneath his clothes, or flying in or out of his mouth. His half-bald head is shaped like an overlarge lump. Stringy gray hair clings desperately to his middle scalp, a final ragtag band of soldiers fighting a lost war against baldness. His eyes are dark and sunken, his teeth round and yellowed, and his mouth suffers from a pronounced overbite. His stained, raggedy gray trench coat and heavily applied cologne do little to improve his shabby appearance.

The Kindred of New Orleans know him as Armand Chassagnac, but the man who would eventually assume that name was born Sint Joris van Rijn, a Dutchman native to the Spanish Netherlands. Recruited by Louis XIV’s spymaster to serve as a covert agent before and during the Nine Years’ War, van Rijn’s decade-long espionage was so successful that his enemies among the Great Alliance began to call him the ‘Butcher of the Rhine’ for all the troops he indirectly slaughtered. Thus, when France and the Great Alliance resumed battle four short years later during the War of Spanish Succession, the Sun King once again turned to his ‘butcher.’ Sint Joris agreed (after haggling for thirty crosses of solid silver), but naturally did not tell his French superiors that he had also accepted a secret commission (and similar princely bribe) from Leopold I, Emperor of the Holy Roman Empire to spy on France on behalf of the Great Alliance.

For thirteen years, the two-faced traitor carefully fed both sides half-truths and misinformation to drag out the war—and subsequently fatten his coffers. At the war’s conclusion, he retired, but he did not rest easily with his riches. As the dust of the decade-long war settled, some of Joris’ superiors began to suspect his duplicity. When Joris was summoned by the Sun King to answer these allegations, the Butcher fled with all the ill-gotten riches he could carry. He slipped onto a ship bound for the New World, a destination far-removed from his old imperial masters. Once the ship stopped in Haiti to buy slaves, the stowaway slipped off with none the wiser. There, Joris shed his birth name for good and created his new identity as Armand Chassagnac. After buying both slaves and passage aboard another ship, he settled in the relatively lawless entrepôt of New Orleans. There, he built a plantation along the banks of the Mississippi and became a veritable recluse, justifiably paranoid that other colonists might expose his past sins and alert the French authorities.

Yet, Armand could not sit completely idle, so he turned his devious mind towards his slaves. He spied on them, manipulated them, and turned them against one another like a devilish puppeteer—with his fat cook Miss Opal being one of his favorite victims. But not even the spymaster who had played two kings against each other could have anticipated his slave’s Embrace into the ranks of Clan Nosferatu, and the spider and fly reversed roles. In the better part of 300 years since his retributive ghouling, Armand (who is more commonly known as ‘Misser Shoofly’ among the Nosferatu for the constant swarm of horrifyingly large and bloodthirsty cloud of ghouled flies that harangues him) has attempted to betray his domitor on several occasions—with terrible consequences. As a result, Armand has been twisted into a slavish, utterly obedient devotee of Miss Opal—and if he harbors any ill will towards his former property, he hides it extremely well. 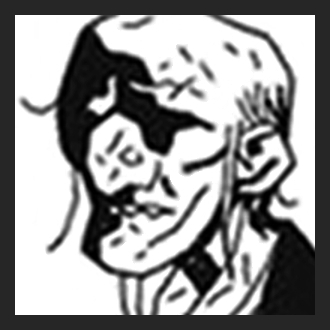