Julius sips on that preciously scant praise like a snow-cone amidst a heat wave. Taking in the ex-prince’s youngest childe, Julius once again decides he likes him. Few Invictus neonates come from a low-class background, but here Anthony is. Death becomes him. The working-class black man turned counterfeit mogul respects that, even if the Caitiff can’t help but envy Anthony’s prestigious bloodline and public access to a powerful sire.
Julius B. Baudoin

Anthony Brodowski is an emaciated, rail-thin boy in his mid- or late teens. He is exceptionally gaunt even for a vampire, with hollow cheeks and dark discoloration under his watery gray-blue eyes. He’s moderately short and wears casual suits and sports jackets tailored to hide his bony, stick-like limbs. His neck-length brown hair is thin and wispy.

Anthony left an abusive home when he was 15. He lived on the streets of New Orleans for years before Marcel Guilbeau found him sleeping in an alley. Taking him back to the Alystra, Marcel found himself pleasantly surprised by his intended vessel’s ready wit, good humor, and apparent intelligence. He also learned that the boy was infected with AIDS. The disease advanced quickly, and soon it was a question of Embracing Anthony or letting him die a tortuously slow death.

Christopher took an immediate dislike to his new brother-in-blood, who he viewed as his replacement. The older Ventrue never seemed to miss an opportunity to abuse Anthony when Marcel was absent. Knowing he could not defend himself against Christopher physically, Anthony began monopolizing as much of their sire’s time as he could. He stayed close to Marcel under the pretext of learning as much about the life and duties of his position as he could.

Tonight Anthony could probably run the Alystra as well as Marcel, and does so whenever business calls Baton Rouge’s former prince away from his casino. Anthony is fiercely loyal to his sire and has warned him on many occasions to keep a closer eye on Christopher, feeling his brother’s reckless behavior could one night irreparably ruin Marcel’s reputation.

Anthony is the childe of Marcel Guilbeau, the deposed prince of Baton Rouge. Marcel is the childe of Jereaux Guilbeau, his mortal brother and de facto abdicated co-prince of Baton Rouge. Jereaux was the childe of Lothar Constantine, the first of the Lancea et Sanctum’s bishops in New Orleans, and a former member of the city’s Gerousia and Cabildo. Constantine was childe to Dominic de Valois-Burgundy, an orator, diplomat, and philosopher of no small renown. He has not been heard from since the French Revolution and is presumed to have been destroyed in that conflict. Dominic was the childe of Gaius Pedius Marcellus, a Roman tribune Embraced during the Punic Wars. Marcellus was a patron of the Carolingian Renaissance and an even more revered philosopher than his childe who did much preserve the Roman Camarilla’s history and customs following its collapse. He has not been seen since the Anarch Revolt and is believed to have met final death in that conflict. Marcellus was the childe of Alexander, the long-time prince of Paris, founder of the Grand Court, patron of Charlemagne, and architect of the ties between the Ventrue and Toreador clans. He was deposed as prince during the 13th century, went into exile, and subsequently destroyed in battle against the Mongol Gangrel Qarakh. Some unsubstantiated stories claim he was the famed Macedonian conqueror of the same name. Alexander was a childe of Ventrue. The Kingship Clan believes their founder was destroyed millennia ago, making them the only clan free of an Antediluvian’s manipulations.

Anthony’s sire Embraced three childer as prince of Baton Rouge: Stanley Dupeux, Stella Maisonnat, and Bryan Caldwell. He also granted his eldest permission to Embrace a grandchilde, Glen Hubel. All of Marcel’s brood was slain by Lawrence Meeks and his allies during their 2005 coup—one of many reasons for which he curses his traitorous seneschal. Since arriving in New Orleans, Marcel has Embraced Christopher Guilbeau, an ill-behaved descendant of his mortal family who has turned out to be less than he had hoped. Anthony has known none of his broodmates except for Christopher. 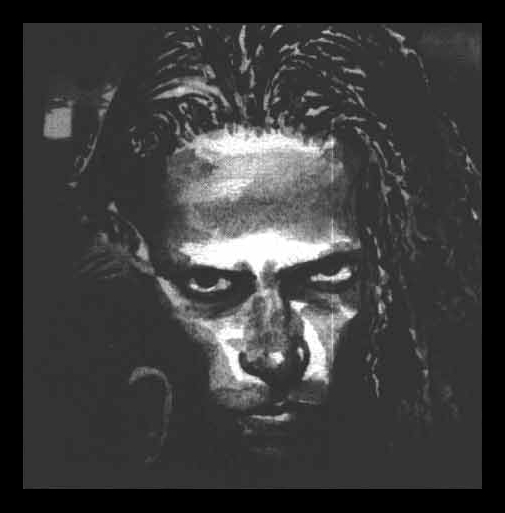