“Whoever said diamonds are a girl’s best friend clearly never owned a rifle.”
Stephanie Hall
“Fragile? Maybe, but not the kind of fragile like a flower. More fragile like a bomb.”
Eric Leynard (LAPD SWAT) 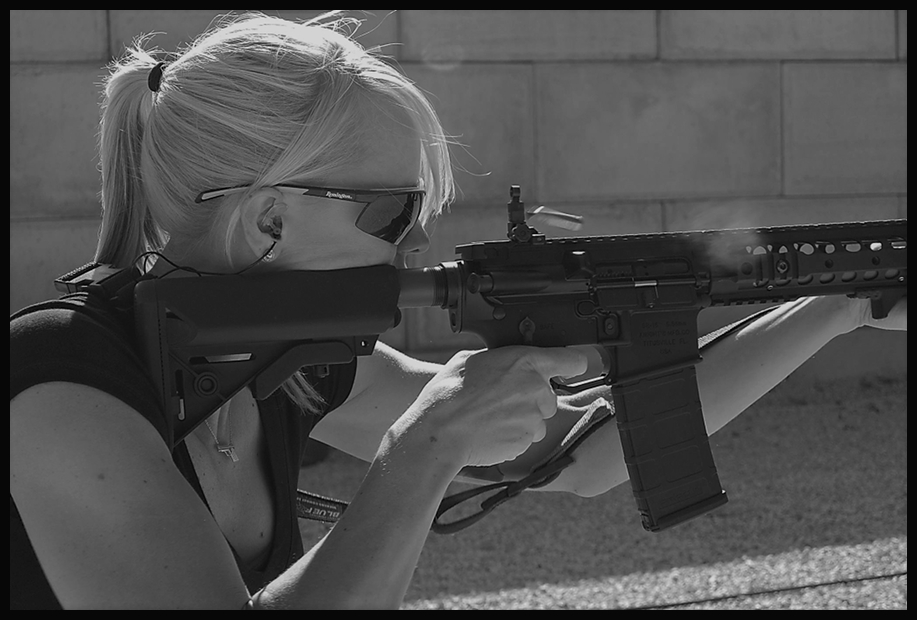 Stephanie is unusually tall and athletic for a woman, corded with toned muscles she’s built over almost a decade and a half of physical activity. She walks with the confidence and poise of someone that knows well her capabilities—and measures them favorably against all comers. The athleticism makes her more attractive than she might notionally be, hiding her plain looks behind a body to kill for. She wears her blond hair long, typically in a ponytail, but when fighting prefers to braid it to keep it more firmly controlled. Her eyes are an unusually deep blue.

Hall prefers to dress in black, gray, or khaki tactical pants, pairing them with tank tops when off duty and form dry fit shirts. She wears the pairing so frequently as to almost be a uniform, whether at home or on the ‘job’. On rare occasions when she must dress more formally, she settles for adding button down shirts. In her LAPD days she was required to wear black boots, but today she tends to prefer lighter dark sneakers that leave her faster on her feet. Day and night she prefers sunglasses that break up her face. Nothing about any of the clothing is intended to accentuate her sexuality—just the opposite. She scorns makeup, feminine clothing, and ‘traditional’ feminine colors. She goes so far as to wear sports bras on almost all occasions to downplay her (ample) chest.

She’s almost always armed (typically with her glock), whether on ‘duty’ or off, and when given the option adds her AR, a tactical belt with rapid deployment magazines, and a light tactical vest.

Born in Los Angeles to a middle-class white family, Stephanie was a tomboy as a child, and into her high school years. This predilection became only more pronounced following a brief relationship with Emil Kane (Deceased) that led to an unwanted teen pregnancy when she was 15. After dropping out for a year to have the child (a baby girl) she returned to high school as an athlete when a frenetic energy, seemingly fleeing that side of her life and leaving her stay at home mother to care for the child. She wrestled, practiced martial arts (paying for her classes with money earned working dead-end part-time jobs), and aggressively pursued track and field. More than anything, she enjoyed a challenge and testing herself against it, whatever the cost. And, of course, pissing off her conservative parents. To describe their relationship as strained (especially after she came home pregnant and subsequently failed to disclose the half-black father) is to undersell things by a fair measure.

Her initial plan to enlist was derailed by her discovery of the military’s blanket ban on women in combat roles, and she eventually set her sights on the LAPD as a means of continuing to chase the excitement she so enjoyed and was eventually (after many rejections) accepted as the first female member of LAPD SWAT. It was a match she enjoyed, but which was not to last, as her outspoken (some might politely say ‘type-A’) personality led to her eventual termination (or at least provided ample excuse to terminate her and the female SWAT pilot program). Her subsequent black mark led to difficulty in finding further employment in law enforcement, her deadbeat ex-husband’s frequent tardiness with child support, and a daughter to feed and clothe, she eventually she settled with Blackwatch in New Orleans as an ugly but tolerable source of employment that allowed her to afford a private school education.

Eventually approached by Caroline Malveaux-Devillers after a series of brushes with the mercenary, she agreed to enter the vampire’s service in return for a number of minor concessions: the recent death of her ex-husband and what appeared to be a dead-end job without excitement had left her largely listless.

Adopting the name Annette Green to provide some degree of obfuscation of her identity—and protection for her daughter—Hall has relished the powers of her ghoulish condition and the feeling of greater control that’s come along with her elevation in Caroline’s service. It cut away the chaff she worked with previously, and the danger of the job appealed to the same desires that had brought her to LAPD SWAT. The push to be ‘better’, maybe even ‘the best.’ That she actually ‘cares’ about Caroline too makes it easier to work for her, to say nothing of the heiresses’ inclination towards less refined pleasures such as shooting and even fighting that makes her easy to ‘love’ working with, relative to most ‘clients.’

Officially Hall works for Brian Fuller, and he’s the only one of the ghouls aware of her true (and split) identity among the other ghouls, though some details have leaked out with other ghouls in the course of conversations. In security matters she’s second only to the older ghoul for Caroline and frequently stands in for him.

Stephanie is outspoken, some might say loud-mouthed. She enjoys fighting not because she has to, but because she’s good at it, and because it makes her feel alive, like something more than the teenage single mother she was when she started on the path. Ultimately much of her behavior is rooted in fighting the expectations of others—her parents that she would be a good well behaved Christian girl, societies that she’d be a failure following her pregnancy, and everyone else’s since then that she’d roll over for them. Her embrace of a life as a ghoul is just the last rejection of a past life that she in many ways hated and felt chained to.

Accustomed to being the only girl in a boys’ club, Stephanie has made her path on the back of professional competence and sheer toughness. She’s used to being doubted, to having to prove herself, and to doing so with actions first (not that words don’t tend to follow). She’s fiercely protective of her reputation among shooting, fighting, and policing circles, and has gone out of her way to avoid doing anything that could compromise that, anything that might damage the image of her peers as anything but a peer.

That’s included compartmentalizing her life with her daughter, her weaknesses, even her sexuality (though many of her past coworkers have speculated she’s a lesbian). She might well be, having not had time or inclination for a boyfriend in years it’s hard to say. The truth is intimacy, and particularly sex, has frightened her to an extent. The degree to which her life was thrown off the rails by Sadie’s conception and birth was not something she’d expected, and the responsibility it created was in many ways not only terrifying, but something she’d actively never wanted. This of course has only made her heightened libido as a result of her ghouling (and her domitor’s potent blood) all the more difficult for her to handle.

In her spare time Hall still enjoys shooting (genuinely), including long distance shooting. Like Fuller, she has long enjoyed three gun competition (the two knew each other in passing from these circles prior to her ghouling), but she also enjoys jujitsu (something she tried, unsuccessfully, to bond with her daughter with). Her ghouling has made each hobby easier and more fulfilling, pushed the boundaries of what she thought was possible.

• Autumn Rabinowitz: Of her newfound ghoul ‘coworkers’ Stephanie gets along best with Autumn. The notionally ‘mild mannered’ Jewish ghoul seems least offended by Stephanie’s tendency to shoot her mouth off, though she has occasionally (and ineffectively) cautioned her for speaking out of turn.

• Sadie Hall: Stephanie has a 14-year-old daughter, Sadie Hall, who she’s had a somewhat strained relationship with. Stephanie wasn’t present during Sadie’s younger years when she pursued her education and has struggled to mend that rift. She’s happy, at least, that she can meet her daughter’s physical and educational needs—paying the tuition for exclusive private schools (New Orleans’ public ones being such shitholes) is bearable with the salary she makes.

GM’s Note: Minor spoilers for the adventure logs follow below.

Caroline encountered Stephanie on guard duty outside of Audubon Place on several occasions. She had the idle thought that the bored-looking mercenary would make a useful servant.

Stephanie entered Caroline’s service as a ghoul in early 2016 and assumed the alias Annette Green to protect her daughter. She served the Ventrue well, her mouthiness notwithstanding, though nearly quiet Caroline’s service after an episode of frenzy that left several Stephanie’s fellow ghouls on the brink of death.

In 2007, Stephanie was was one of the LAPD officers who responded to the police call by Emil Kane and his father Paul Jonas. She was intensely displeased to run into her ex and ran her mouth heaping insults upon the two men. Paul, who was a lawyer, made up his mind to report her to Internal Affairs and possibly file a lawsuit. The episode eventually got her fired from the LAPD.

Stephanie continued to serve Caroline in an enforcer capacity, dealing with whatever threats the Ventrue required extra muscle for.

Agents of Sheriff Donovan’s slew Stephanie Hall concurrently with the Battle of Mt. Carmel, where he attempted to end her domitor’s unlife. Caroline by this point had become quite accustomed to casualties among her ghouls and spared the fallen mercenary few thoughts. 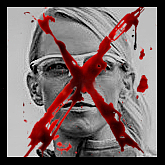