“I am good, but not an angel. I do sin, but I am not the devil.”
Marilyn Monroe
“Sorry, sweetheart, you can’t bluff me. One thing a poker face can’t hide is love.”
Rocco Agnello
“Doll-face, you’ve got the body of a Rolls and the heart of a hungry gator. What man, sane or insane, stiff or quick, could tell you ‘no’?”
Louis Fontaine

Annabelle is a stunning beauty with high cheekbones, smooth skin, a graceful figure, and neck-length raven hair she wears in a wide style that makes it seem longer than it is. There’s an enduring sense of gloominess and melancholy to her, but it does little to detract from her beauty. If anything, it’s part of the appeal. Most men (and a few women) can’t help themselves in trying to cheer her up.

Annabelle enjoys fashion. She dresses conservatively but sensually in styles reminiscent of decades ranging from the ‘20s to ’60s, and particularly enjoys clinging gowns that can make her seem simultaneously naked and fully clothed. Her clothes, of course, are all Italian fashion labels. It’s rare to see her in anything but heels and a full face of understated makeup.

This svelte, morose beauty represents Rocco Agnello as his herald and haunts the dimmer parts of Elysium. She says she doesn’t like the limelight. She is notable for her dry sense of humor, superficial banter, gloomy quips, and enduring look of boredom. For as long as any can remember, she has served as the hound’s eyes and ears, acting glibly as his official mouthpiece.

Annabelle didn’t always know Rocco as her domitor, though. Like him, she was born to a peasant family in rural Italy and immigrated to America to escape starvation and poverty. She and her family made their way to New Orleans after passing though Ellis Island, and from there Annabelle fell into the Mafia’s orbit. Maybe it was a lover’s bad influence, maybe it was the only way her father could make ends meet—the details aren’t important. She isn’t one to dwell on the past, or at least not the boring parts of it.

What is important is that Annabelle became the wife or lover to someone high up in the Black Hand, perhaps the don himself, and managed to exert no small influence over his decisions. That’s what she’s hinted at, anyway. It’s certainly one explanation for why she received the Blood from no less a personage than Maria Pascual, the Toreador elder who formerly ruled the French Quarter.

Annabelle served Pascual loyally for over a decade before her domitor added a promising Mafia capo named Rocco Agnello to her stable of ghouls. Far from seeing one another as threats, the two became lovers and did much to increase Pascual’s hold over the Black Hand. Annabelle came to see Rocco as a brotherly figure—the fact they were sleeping together notwithstanding—and entertained hopes that her useful service would earn the Embrace.

Pascual’s abrupt assassination by parties unknown in the 1890s put an end to that dream. Annabelle doesn’t like to speak of those dark nights after the blood bond to her former domitor shattered like spun glass. She remembers an enraged prince descending upon Pascual’s holdings like a wrathful hurricane, tearing through anything and anyone even remotely connected to his former ally in search of answers. Those who tell Annabelle she was lucky to survive (and who even know the story) usually just get an empty laugh.

Annabelle doesn’t like talking, either, about what she thought when Antoine Savoy materialized and made an irresistible promise to his sire’s ghouls in dulcet tones: blood, safety, and purpose in a place by his side. It doesn’t matter, anyway. No sooner had the French Quarter lord given Rocco and Annabelle that first draught of his vitae than the former was abducted and savagely Embraced into Clan Gangrel by Caitlin Meadows. New Orleans’ scourge was a traditional outlander sire in every sense of the word: it was probably only thanks to the pair’s existing knowledge of the Kindred condition that they survived being cast adrift into the night, bereft of a sire or even explanation of what had happened to them, and left to fend for themselves. Rocco immediately knew what to do, though, and fed his blood to a broken and dying Annabelle mere seconds after that first frenzy subsided.

Bella’s feelings towards her domitor and “savior” remain understandably mixed to this night. She and Rocco share an uncommonly close bond—some Kindred know what it’s like to be a ghoul, but few were actually kept as one alongside their current thralls. Nevertheless, Annabelle appears to have been passed up twice for her domitor’s Embrace. Some wonder if this is by Rocco’s will—or if that century-shattered bond to Maria Pascual still exercises a mournful pull on Annabelle’s heart, and she yearns for the immortality that only her first “love” could have offered. No one questions that she’d make a far better Toreador than Gangrel.

Following the presumed final death of her domitor during the 2016 Battle of Mt. Carmel, Annabelle was inconsolably distraught. She and Rocco had been inseparable, even before the blood bond’s influence.

She narrowly avoided falling into the hands of Antoine Savoy’s agents when they took over Harrah’s as part of the larger Battle of the Arts District. She’s since entered the service of Philip Maldonato, who has proven a kindly enough domitor. Annabelle, though, has fallen under a seemingly permanent black cloud following Rocco’s demise. There’s been a few idle remarks in Elysium that her new blood bond has been the only thing keeping her from suicide.

There’s another domitor, though, who would like to fill the void in her heart. Antoine Savoy is believed to be very interested in acquiring his sire’s former property, who should be his by right of inheritance. After all, he’s already claimed the French Quarter by that same right.

Given the recent streak of uninterrupted Bourbon victories, time will only tell if he remains denied the object of his wants. 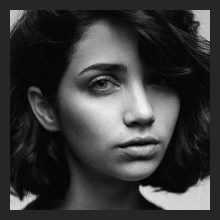