“It can be difficult to tell, at times, what is an elder’s often decades- or century-deep plot, and what is simply their own peculiar and centuries-warped tastes. At least, it typically is. Magister Mendelssohn’s own unusual preferences tend only towards his faith. To those that know him then, matters become much more transparent."
“My sire is not given to mercy, or compassion, or dramatic flair. To the best of my knowledge he exercises few vices. His choice of a maimed child then as his chief aide is not one born of any of these things. Like her domitor, Anna Fedorovna is an instrument, one honed to a razor’s edge: few survive a century without such precision. He has locked her in the body of a child with a purpose, she presents herself as a child—pigtails and all—with a purpose. Perhaps it is to lull others into believing her less capable. Perhaps it is to set others off guard. Perhaps it was once one of those things and now is because he has found her, in that form, to perform exactly as he desires.”
“Does it really matter? Know she is his servant through and through, and like all of those who have served him, she is capable, dangerous, and loyal. The essential elements of Tremere.”
Jonathan North 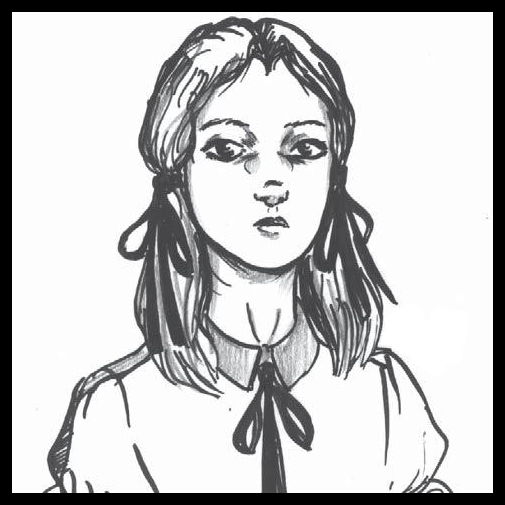 Anna Fedorovna looks like a nine-year-old girl. When she first received Nathan Mendelssohn’s vitae, she was. That was almost one hundred years ago. She still wears frocked and frilly dresses from that era: such attire stands out far less in the depths of Vienna’s Prime Chantry than in the outside world. She walks with a slight limp from a not completely healed leg fracture she received when she was five. Her constant companion is an unmarked black notebook into which she dutifully transcribes seemingly every word that others utter in her presence. Younger Kindred who realize what she’s doing find the habit unnerving. Older Kindred know to always watch what they say.

Those who know anything of Anna’s past know little besides that she was born in Russia, entered Nathan Mendelssohn’s service around the First World War, and entered that service with a slight limp she retains to this day. The apparent whole of the diminutive ghoul’s existence is devoted to serving as her domitor’s informal majordomo, chief of staff, and personal assistant. Few Kindred know of Mendelssohn’s position as head of the Astors, Clan Tremere’s feared “secret police”, and fewer still know of Anna’s role in executing his orders. The ghoul’s tiny hands have quietly facilitated many of the tribunals, demotions, and assassinations of clanmates whom her domitor has judged disloyal. If she continues to do her job, few will ever know. 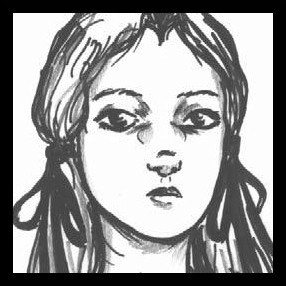