“To have good soldiers, a nation must always be at war.”
Napoleon Bonaparte
”The largest difference between pre and post 9/11 combat veterans? That would be our arrogance. A post 9/11 combat veteran who has been in battle in Iraq and Afghanistan always won. There’s this sense of arrogance, that not only did we fuck up everyone we fought, but that we were laughing as we did it. We were taking selfies and Go-Pro footage. That’s post-9/11 warfare. We never knew defeat."
Donny O’Malley
“I am a soldier. I fight where I am told, and I win where I fight.”
General George S. Patton 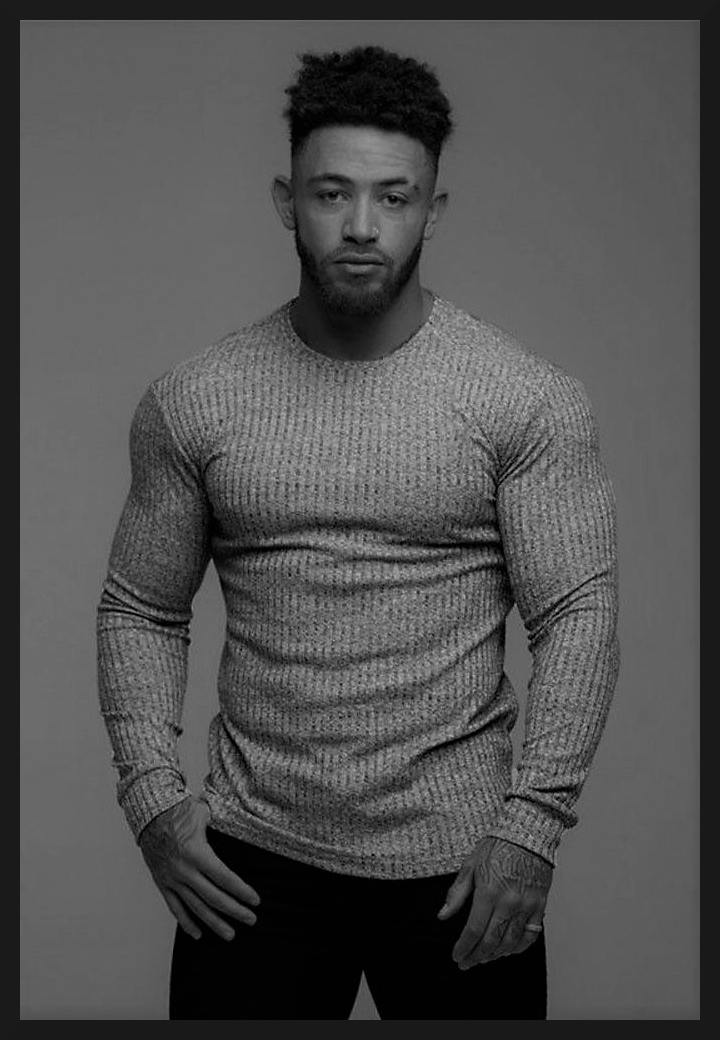 Andrew Morgan is a beast of a man, with broad shoulders and arms like tree trunks. The muscle makes him look taller than his just over six feet, and gives him a distinctly intimidating presence even when speaking softly. No doubt that intimidation factor is aided for many by his light brown skin and afro-textured hair—inherited from his mother. Among Magister North’s servants, only Andrew can match him for size and look him in the eye.

Both arms and much of his chest are covered in tattoos with varied meanings. Many are tied to his military background—emblems of units he served in, dates and coordinates of significant events from his service life, and the varied iconography common to many veterans that drank deeply of the service’s Kool-Aid. Alongside them are scars—shrapnel wounds from poorly treated IEDs and the occasional burn. He laughs that he never got shot until he became a ghoul. He knows his domitor would prefer if he didn’t have the tattoos—no identifying marks—but he reckons his information is in enough government databases that it isn’t likely to matter. And he can cover up most of them besides.

His dark hair is typically shaved on the sides, but allowed to grow out on top—the typical high and tight adapted for civilian life. He typically wears at least a few days of stubble on his face—like many African-Americans, he gets razor bumps when he saves, and prefers to simply trim it down. Like his hair, it comes in thick and coarse. His eyes are cold, icy even. Neither impressed nor trying to impress.

He walks with the confidence of a man that knows how to handle himself, that isn’t afraid of anything. It’s a graceful stride for someone as powerfully built as that almost belies his bulk, like a jungle cat’s rippling muscles under the skin.

The latest Morgan scion dresses in plain unobtrusive clothing that typically tries (and fails) to hid his powerful frame. Much like his domitor, he prefers earth tones and blacks, typically from brands found at outdoors-man shops. He favors long pants and shirts, and coats bulky enough to hide plenty of concealed firepower and rugged enough to survive a tussle. He pairs it with leather boots in earth tones whenever he can—they feel like old friends. Ultimately clothing is an appliance to him, a utility, a means to an end. His end is typically violence.

If ‘forced’ into conflict Morgan prefers the use of rifles, and since his initiation into he supernatural has come to prefer AR platforms in larger calibers like .457 SOCOM and .308—large enough to blow holes even in vampires and especially tough ghouls. He’s especially fond of the CMMG MKW-15. Shotguns, he’s known for offering, are “very 20th century.”

While he’s an artist with a rifle, more often in urban settings he’s forced to settle for a pistol. In those cases, his inclinations lean towards automatic pistols (especially the Glock 18, visually indistinguishable from a mundane Glock 17 and firing the same 9mm round) he can more easily control with his near super human strength. Given the option, he’ll maintain something heavier close by, all the way down to sub-guns. He’s almost never found without at minimum one firearm, and he insists that three is a safer minimum. He also typically adds at least a couple knives, several phones, and an array of other ‘useful’ items to his regular wardrobe.

Andrew’s early years were almost wholesome in their “All-American” charm. His father came and went, often deployed in the military and later in service overseas to what his family presumed was some manner of black ops support role. His home life was surprisingly stable. His mother struggled repeatedly with fertility issues and miscarried several times prior to his birth. She treasured her firstborn with a sort of desperate love and affection. Even as more children followed without the tremendous difficulty of her first, Andrew remained his mother’s “little miracle.”

It was of little surprise, given his pedigree—his mother and grandmother both talented collegiate athletes and both his father and grandfather as dedicated war heroes—that he excelled in sports in his early life. With the financial stability provided by his father’s consistent paycheck, Andrew was able to develop into a three-sport athlete, excelling in football, baseball, and basketball. Though he spoke little of it, the rarity with which his father was able to attend his games drove him to excellence, and he was highly recruited out of high school. Ultimately his father’s influence drove him to seek a more unlikely course in application to the United States Naval Academy in an attempt to follow in his father’s footsteps in the military.

His father’s death in 2001 greatly affected Andrew and drove him further into his chosen profession and brotherhood. Though the details were never disclosed, he presumed that his father had died in conflict serving his country, against some foreign foe. With his grandfather’s encouragement he stayed the course, seeking a position in the Marine Corps. Graduating in 2002, on the precipice of the Iraq War, Andrew commissioned as a 2nd lieutenant in the United States Marine Corps. He aggressively sought deployment and in 2002 first deployed to Afghanistan. The fourth-generation soldier excelled under pressure, displaying an almost superhuman affinity for conflict and a controlled aggression that made him ferocious on attack and tenacious on defense.

He deployed again for the Iraq War in 2003 where his service with distinction earned him the opportunity to apply the Marine Corps Special Operations Command Detachment One pilot program. With further encouragement from his grandfather, he applied and was selected. After completing training, he deployed again in 2004 with them where he led in the fierce street by street, block by block, battle to reclaim Fallujah. It gave him both purpose and outlet against the rage associated with his father’s death—the father who had always been too distant. Here, on the battlefield, he was alive. Nothing else mattered but the next mission, the next day, the firefight.

In 2006, when the Detachment One pilot program was disbanded, he was merged into the reconstituted successor as part of the United States Marine Forces Special Operations Command Marine Raider Regiment as a captain, leading a 14-man Marine Special Operations Team on repeated deployments across the CENTCOM AOR, all the while honing his lethal skills. By 2008, U.S. involvement in the region was drawing down as part of a more isolationist shift in foreign policy. Selected for rotation to the Marine Raider Training Center, he instead submitted his resignation, much to the surprise of his superiors. Little did they know, it was under the guidance once more of his grandfather, who promised him an opportunity beyond his imagining.

Since his introduction to Dr. North in 2008 by his grandfather—the elder ghoul’s long-time domitor—Andrew has served the Tremere surgeon unwaveringly. The initiation into Jonathan’s service answered many questions that has grown in Andrew’s mind about his father’s past activities, and his death. That knowledge, especially that his new master had led his father against monsters the equal of the worst Near Eastern savage Andrew had put down, created an devotion above and beyond that of the blood bond. So far as he was concerned, the wars and conflicts among Kindred were the real battles being fought in the world. His previous experiences had only been a prologue.

In the years since, Andrew has proven quite the lethal tool for his domitor. He’s assumed the role that his father and grandfather did before him as the tip of the surgeon’s spear against not only rival Kindred and their servants, but also such diverse beasts as Loup-Garoux (Lupines outside Louisiana) and stranger creatures that go bump in the night.

At his core, Andrew is a good soldier. That’s still how he thinks of himself. While he may have swapped one loyalty (the U.S. government) for another (the Pyramid) and one boss (his CO) for another (Jonathan North), he sees himself as a soldier fighting in a higher order of war. It’s one more subtle, insidious, and dangerous, that requires ferocious attention to detail and obedience to survive in. One his grandfather fights in. That his father fought in. That he’s honored to fight in.

He’s fully embraced that philosophy, drunk in the idea of a warrior culture rooted in stoicism and solidarity since his earliest days in a way that drove even the most career marines to nausea. He lives a Spartan existence, intentionally frugal. Focused. His primary vices are his passions: firearms and physicality. Of course, they aren’t entirely his only ones, especially since he got on the juice. Amid stoicism and deprivation, he does enjoy squeezing in a night of debauchery when the tempo of his operations permits. An opportunity to blow off some steam and indulge as warriors have done for eons. That such indulgences give him an opportunity to assert his sexual orientation despite the pull towards his domitor brought on by the bond is certainly a minor bonus.

Beyond that, he thrills and thrives on the power the blood has given him. Long accustomed to being stronger, faster, tougher than most, his service to Dr. North has given him more. It’s made him a better solider. A better killer. It’s something to be proud of, though looking upon his grandfather and the sheer prowess the old man wields leaves little doubt he has a long way to go. To say nothing of true elder ghouls.

Much like his domitor, Andrew is often tight-lipped and reserved. When he speaks he is typically blunt and to the point, offering stark observations and plain commentary unencumbered by qualifiers. He believes in getting things done: executing his task in the most efficient way possible. He prefers those with a similar mindset.

Unlike many ghouls, Andrew has few aspirations for ascension into the All-Night Society himself, at least at present. He’s keenly aware of the limitations of the vampiric condition despite its many benefits, and for now is happy to keep his options open. Remaining mortal allows him to enjoy things like working out, eating, and sleeping around that he knows he’d sacrifice. It’s also not lost on him that his father and grandfather were able to have families of their own. While he’s not ready to do so yet, he’d like to keep the option open.

Like many career soldiers, he’s happy to have a clear hierarchy and reporting structure as well as unambitious order. The lack of paperwork he had to deal with in the service is an added bonus. Even more than hierarchy, he enjoys the feeling of being a part of something—in this case, North’s retinue of handpicked ghouls with their own array of exceptional talents. He views himself as part of a team, and his fellow ghouls as members of it. That deep feeling of loyalty to those around him is a carryover from his time in the service, and one that’s served him well. It helps give him purpose, and has done much to stave off the inherent infighting often present among talented ghouls competing for their domitor’s attention. 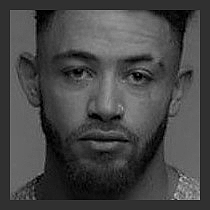