“Marines know how to use their bayonets. Army bayonets may as well be paper-weights.”
Navy Times; November 1994
“Marines I see as two breeds, Rottweilers or Dobermans, because Marines come in two varieties, big and mean, or skinny and mean. They’re aggressive on the attack and tenacious on defense. They’ve got really short hair and they always go for the throat.”
RAdm. “Jay” R. Stark, USN; 10 November 1995
“I don’t care what she told you, keep causing problems and I’ll hurt you in places she won’t see.”
Amanda Turner 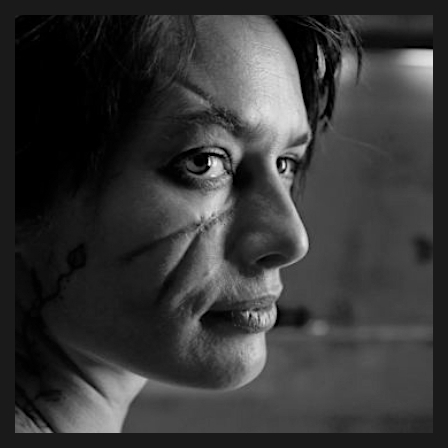 Lean, fearless, angry. Three words to define 164 lbs of fury wrapped in the shell of a woman. Lean toned body with muscles that ripple like steel cords under tension. A face that might be, could be beautiful without the scars. but just looks angry with them, wrapped in a scowl, that hard pressed look ironed on by the military that refuses to smile. Long dark hair hidden under a black ‘Blackwatch’ ballcap. The swagger of someone confident in their ability to fight anyone, anytime, anywhere. The quick, considering eyes that take in everything and nothing. If those slate gray eyes are windows to the soul, her soul is truly not of this world. The ruthless efficiency of a killer, rather than a fighter. The disconnected apathy of a sociopath, flavored with the hopelessness of a victim.

Turner looks the part of the battle hardened veteran she is. Scars and the anger in her eyes have robbed her of the beauty she might have once had – not that she cares. She wears those scars as badges of honor, hard won. They tell a history of violence that she’s proud of. She dresses in dark colors, usually all black, and tactical clothing with an excess of pockets with brightly polished black combat boots. Whenever possible she wears a heavier bulletproof vest with ceramic plates – she feels exposed without it. When not possible she wears a lighter under the clothing vest rated to stop pistols caliber rounds. She has a gun on a thigh holster, a big full sized pistol with a too long magazine, and another compact at her ankle hidden by her long pants. There’s a knife opposite on her left leg, and a collapsible baton on her belt. She usually leaves the assault rifle in the car. Usually. Something about it not being acceptable in polite society? She’s not really sure why, she’s even swapped to a smaller rifle.

Comfort? Heat? Humidity? Talk to her when you’ve been to Parris Island in the summer, or better yet Iraq for nine months at a time. At least here she’s usually got air conditioning. At least here there aren’t sand fleas.

Amanda was twelve when her mother was killed in a car accident, and all delusions of innocence died with her. Five years of her abusive father’s threats and slithering touch left her a burned out shell of emotions with the casual sear of a cigarette burn. To this day she still can’t stand smokers—it was a problem when she was in the service and everyone smoked.

She fled into the Marines when she was 17, just in time for the Iraq War. Maybe she wanted to kill herself. Maybe she wanted someone else to kill her. Maybe she just wanted to get away. It doesn’t really matter: the Marine Corps did their job, honing her broken pieces into a lethal edge. She emerged ready and eager for combat, but was denied by the combat roles of the service. Forced to watch her companions and brothers-in-arms—never friends—return day in and day out bloodied, maimed, and slain, she eventually snapped and was dishonorably discharged. She found a home in Blackwatch, the corp happy to put a rifle in her hands on the front. Her commander called her suicidal. The day Blackwatch pulled out of Iraq was the saddest day of her life, because it was the day she lost the ability to do what she had been made to do: fight.

Since that time she’s remained with Blackwatch on increasingly uncertain terms, hoping for the next war to dust up. She’s eager to deploy elsewhere, anywhere, and happy to take a fight anytime with anyone. Her commander has threatened to have her thrown out of Blackwatch if she puts any more of his men in the hospital, and it’s by the narrowest measure that she has her temper in check. They still haven’t found all of Ridley’s teeth.

She found a purpose and a place when she was ghouled by Caroline Malveaux-Devillers. The bond and Caroline’s non-intrusive concern for her have fostered and maintained a deep, if confused and unwilling, love for the heiress, while her defeats at the hands of elder ghouls and Kindred—and her own perceived failure of Caroline as a result—have set a fire beneath her. She refuses to fail her domitor again. She is intensively protective of Caroline, not only physically but also socially: she has expressed particular contempt and irritation for when her domitor’s other ghouls cause problems. She is reserved and composed around her employer, which Caroline believes is largely (but not entirely) due to her feeling she is unworthy of the Ventrue’s affection or concern.

Remarkably good at reading both people and situations—having spent her childhood as a victim and her adulthood in war zones she’s grown excellent at picking up the cues for danger that others might miss, or the small details that don’t stand out to others.

Turner met an unceremonious end at the hands of her own domitor, under the prince’s and seneschal’s orders. Captured by Sanctified agents while attempting to flee New Orleans with an important tape, she was sentenced to death as punishment for Caroline’s frenzy-driven attack upon the Hussar, Prince Vidal’s own herald. The sentence was carried out by Caroline personally at Turner’s mocking request, and made to look like a particularly violent suicide.

Death, however, disagreed with Turner. Emmett Delacroix encountered the slain mercenary in the Shadowlands following his own demise. Both ghosts were captured by the Giovannini and imprisoned together in the necromancers’ French Quarter manse. Turner butted heads with Emmett, but participated in his successful plan to lead a mass ‘jail break’ of imprisoned wraiths. She helped destroy the neonate Bobbi Jo Boggs and was one of the few ghosts to both survive the battle against the other Giovannini and escape their manse. 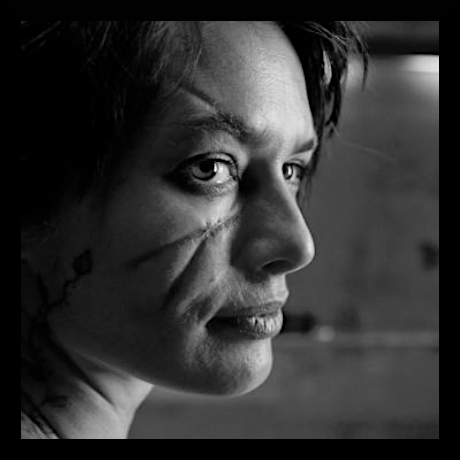