“You ain’t in the Ivory Tower, Boggs. ‘Cept for one part, an’ that’s the shitter. It comes in ivory too. I bet you can give me a fuckin’ phone tour after pissin’ on two primogen’s yards. Again. Ain’t nobody who gives a flyin’ fuck how I talk t’ some redneck jerk-off who sucks off his own daddy right now. Earned myself a few bucks usin’ your grandkids as juicebags, so guess I oughta say thanks f’ that. I heard the Boggs were s’posed to be some real bad fuckers, but guess not after your childe Slutty-Mae or Daisy-Daddy-Deep-Throat or whatever-the-fuck-double-name she is got lit up like a BBQ by some ‘squitoes. I hear she’s the one who got Rocco into this mess, so you tell her t’ watch her six in case she’s thinkin’ of comin’ out to New Orleans again. I got somethin’ big, hard, an’ long t’ give her for a present. An’ it goes in her chest, not her mouth, so I won’t tip extra if she swallows the stuff that squirts out.”
“I’ll be sure to convey yer sentiments to yer boy. But do come by some time, Hound Wright. I’d love to see what that mouth o’ yers can really do.”
—Alexander Wright to Cletus Lee Boggs

“I’m beginning to understand and appreciate you ever more, Hound Wright. Please, do continue.” George is actually smiling a little bit.
—George Smith

“Don’t mistake my general scorn for younger rabble for derision of their abilities, my childe. Troile’s progeny may be largely barbarians, but barbarians have their uses—and are worth rightful caution. The strength and savagery of barbarians propped up Rome for generations, and those same traits brought it down far more quickly. We’d have paid a bitter cost in blood to take New York without barbarians like Hound Wright on the front lines, and we’ll pay a savage one lives if they ever turn. A raging Brujah is worth two peers of any other clan in a fight. Remember it, for good and ill.”
—Jonathan North 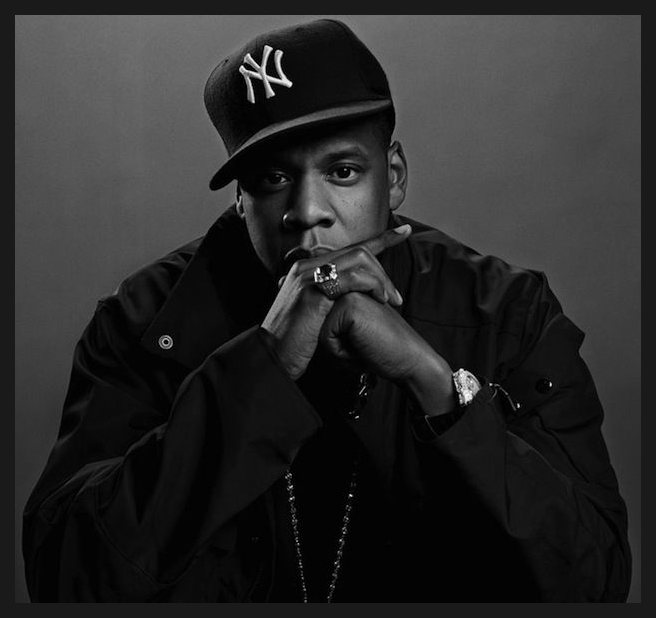 Wright (he goes by no other name, even among friends), is a tall, broad-shouldered, and powerfully muscled man apparently Embraced in his early 20s. His features could be handsome if he smiled more. He doesn’t. He usually dresses casually in loose jackets, cargo pants, baseball caps, wifebeaters, and heavy work boots. The first three articles are often in black—he has been known to state that it’s “our fuckin’ uniform” without a trace of apparent irony. Gold glints from his rings, watch, and lance necklace—the Lancea et Sanctum wears the latter in place of crucifixes.

Alexander Wright grew up hard in the Ninth Ward to an alcoholic mother and absent father. He was Embraced hard too when his gang caught the eye of the infamous bokor Doc Xola in the mid-1980s. Wright still has no idea what compelled the Baron’s enforcer to curse him with immortality, but he swiftly learned the drunken beatings he and his sisters endured at their mother’s hands were as nothing next to his sire’s twisted imaginations.

Wright would likely have met final death rebelling against his sire (submission did not come readily to him) if he hadn’t clashed with Vidal’s pawns in NOPD and had the sense to let them take him into custody rather than resist arrest. He came to the attentions of Rocco Agnello and Philip Maldonato before sunlight could burn him to ash in his jail cell, and the two older Kindred arranged his release and presented him with a chance to start his Requiem over again. Breaking the blood bond to his sire took an immense effort of will, and nearly as long as any jail sentence, but also won Wright his benefactors’ respect. The neonate Brujah was now fully his own Kindred and gladly threw in his lot with the Lancea et Sanctum. It wasn’t much later that Wright accepted a position as one of Sheriff Donovan’s hounds—in his own words, the position allowed him to “come down on sick fucks like my sire, an’ come down on ’em hard.” It was not without some irony that the gangbanger noted he had become a cop.

The Brujah’s street-level connections and knowledge of gang culture have proven a useful resource to his Sanctified masters, even if many Anarchs consider him a sellout (aren’t all Brujah supposed to be one of them?) and the Baron’s faction publicly disdain him as a traitor. Privately, most Acolytes well know what sort of monster Doc Xola is, and are either regretful or simply resigned to the fact that his childe doesn’t number among the Baron’s faithful. Wright pays his detractors little mind. To the city at large, the Brujah is a devoted hound who enforces Vidal’s laws with simultaneous gusto and grim resolve. In contrast to his stoic superior, Wright has a biting and often sarcastic sense of humor. Few of the Kindred on its receiving end would likely describe him as funny. Lawbreakers who try to be funny back, or anyone who calls him the prince’s lapdog, usually wind up on the receiving end of his trademark titanium baseball bat.

Unlike Micheal Kelly’s now-largely disbelieved World War II escapades, Wright’s deeds are much fresher in the minds of his peers. Even if he wasn’t all-too willing to take his bat to the skull of anyone who crosses the prince (or calls him the prince’s lapdog), it’s widely known how Wright was one of the Kindred volunteers who aided the Camarilla’s 1999 reconquest of New York City. Princes and opportunity-seekers across North America contributed soldiers to the ‘war effort’ and many believe Vidal was displeased, if not ashamed, that his ongoing feud with his rivals prevented him from sparing a larger force than his city’s youngest hound. Wright acquitted himself well in the battle, however, and he was recognized again for his valor during Hurricane Katrina. The hound risked his unlife to remain behind in the anarchic, depopulated city and maintain order after the levees broke, and talk began to circulate of whether he could be bound for greater things after the visiting archons left. His superior Donovan doesn’t look like he’s going anywhere.

Wright seems comfortable where he is, however, and attached to his home city in his own, less than sentimental way. He has unfinished business in the Big Easy in any case. The hound has not forgotten his sire’s abuses, and the sound of Doc Xola’s rumbling laughter is one of the surest ways to provoke their clan’s legendary wrath from the younger Brujah. Time will tell whether he obtains the payback he so fervently desires.

When he isn’t on duty for the hounds, Wright makes his domain in Central City. The predominately black, lower-income and high-crime neighborhood would normally be fertile territory for Baron Cimitière’s influence, but it’s a ways off from the Samedi houngan’s center of power and lies past several parishes under Vidal’s control. Wright established himself in the area with the prince’s blessing and helps ensure none of its violent crime disturbs the much wealthier Garden Districts to the south. Vidal has not granted Wright full regency over the de facto parish, and for his part Wright doesn’t seem to want it. Most Kindred dismiss Central City as unlivable barrens and the now-destroyed Julien Derneville was the only vampire to have any interest in the neighborhood besides Wright. The Brujah and the Tremere, for their own parts, had different enough interests they rarely came into conflict. While Derneville was involved in legal advocacy and community outreach groups, Wright is thought to have one or more of the area’s gangs under his thumb and to make a tidy income from their drug trafficking and related criminal activities.

Alice Guillot encountered Wright at a Tulane dorm party. The locale was an unusual change of scene for the Brujah, who expressed sarcastic disregard for the “spoiled-ass college kids” and fed on at least one of them. Alice initially feared that Wright had fatal intentions towards the partygoers (if not herself personally), but was touched when he asked for aspirin to leave with an unconscious victim and professed not to be a killer. The pair’s conversation was interrupted when many of the downstairs partygoers abruptly fell ill. Alice believed the pandemic was caused by the ghost of a Spanish influenza victim she had previously summoned and attempted to lay to rest. Wright was ignorant of this, but offered to pay the independent ghoul her “monthly fix” in vitae if she took care of the likely supernatural disturbance in the already purportedly haunted dorm for him. Alice was no less concerned for the ghost’s victims, however, and found herself stretched too thin to take care of them and pacify the agitated spirit at the same time. It is unknown what further actions Wright or his superior (and the parish’s regent) Donovan have taken in response to this Masquerade risk.

George Smith spoke with Wright while interviewing neonates to serve as companions to John Harley Matheson in his exile. Wright expressed suspicion of Matheson’s motives. He ultimately decided he did not want the “position,” nor did George offer it, but the two parted on good terms and shared information on the Storyville Krewe’s missing member, Evan Bourelle, and several other matters. George even gifted the hound with a new Esplanade (a favored present from the Ventrue car aficionado) to show his appreciation.

Wright was assigned to be Caroline Malveaux-Devillers’ handler after the illegally Embraced fledgling was discovered and charged with hunting down her sire. The former gangbanger and high society heiress couldn’t have come from more different mortal backgrounds, but found their positions in Kindred society peculiarly reversed: Caroline was the “parolee” walking on thin ice, and Wright was the “cop” charged with monitoring her behavior. The two got along unsurprisingly poorly. Caroline’s partly unintentional and partly deliberate verbal disrespect eventually led to Wright breaking into her house and terrifying her housemate Aimee Rosler out of her mind while the Ventrue helplessly watched. Wright ultimately chose to wipe Aimee’s memories of the incident and spare her life, after which he tersely warned Caroline “No more lip. No more games. No more bullshit.” The two never came to love one another, but their initial acrimony largely disappeared. They have not had significant contact since Caroline’s release.

Cletus Lee Boggs briefly spoke with Wright over the phone after capturing Rocco Agnello upon the hound’s trespass into his domain. The younger hound refused to play ball and taunted Cletus over his childe’s recent torpor—a slight the much-feared Giovannini will likely not forget.

Despite his amicable relationship with George, Wright sided with Vidal when it became clear that the younger Ventrue was politically opposed to the prince. The Brujah’s public testimony regarding George’s character (which he maligned) helped cement the criminal pretext under which Vidal ultimately executed the younger Ventrue.

Amelie Savard met Wright after Coco Duquette took her to Perdido House. The hound looked her over once before declaring, “Holy fuck, you’re ugly,” but the younger Brujah was amused by his demeanor and got along with the mouthy hound as well as anyone could expect to.

Wright is the childe of Doc Xola, a bokor and back-alley surgeon who serves as Baron Cimitière’s chief enforcer and is renowned for his cruelty. Doc Xola’s sire is unknown but believed to have belonged to one of the marauding Sabbat packs that menace the city during Mardi Gras. 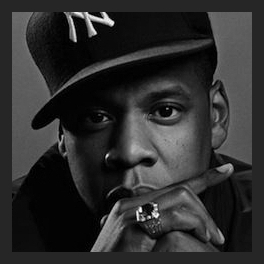