“Let me tell you something about the beauty of destruction. There is a distinct art in boxing, because there is method, strategy, technique rules and all the bells and whistles that the general public knows. However, since the beginning of time mankind was destined to appreciate the art of combat; and that is the mortal sacrifice—you put yourself out there and display a virtual painting, an interactive canvas that portrays the nature of the human body and what it’s capable of, and as an outcome, the object of combat is not to sacrifice yourself to entertain spectators, no, but to make the other bastard sacrifice himself to entertain spectators – thus comes the art of honor. It’s not a thirst for blood, not at all—but an astonishment, an appreciation for the capabilities of a human that bares his soul naked for the art of combat using strictly his body. That’s entertainment.”
Ghaleya Aldhafiri
“Never fight ugly people—they have nothing to lose.”
Wayne Kelly
“Don’t talk to me.”
Alexander Shaw, in response to most questions 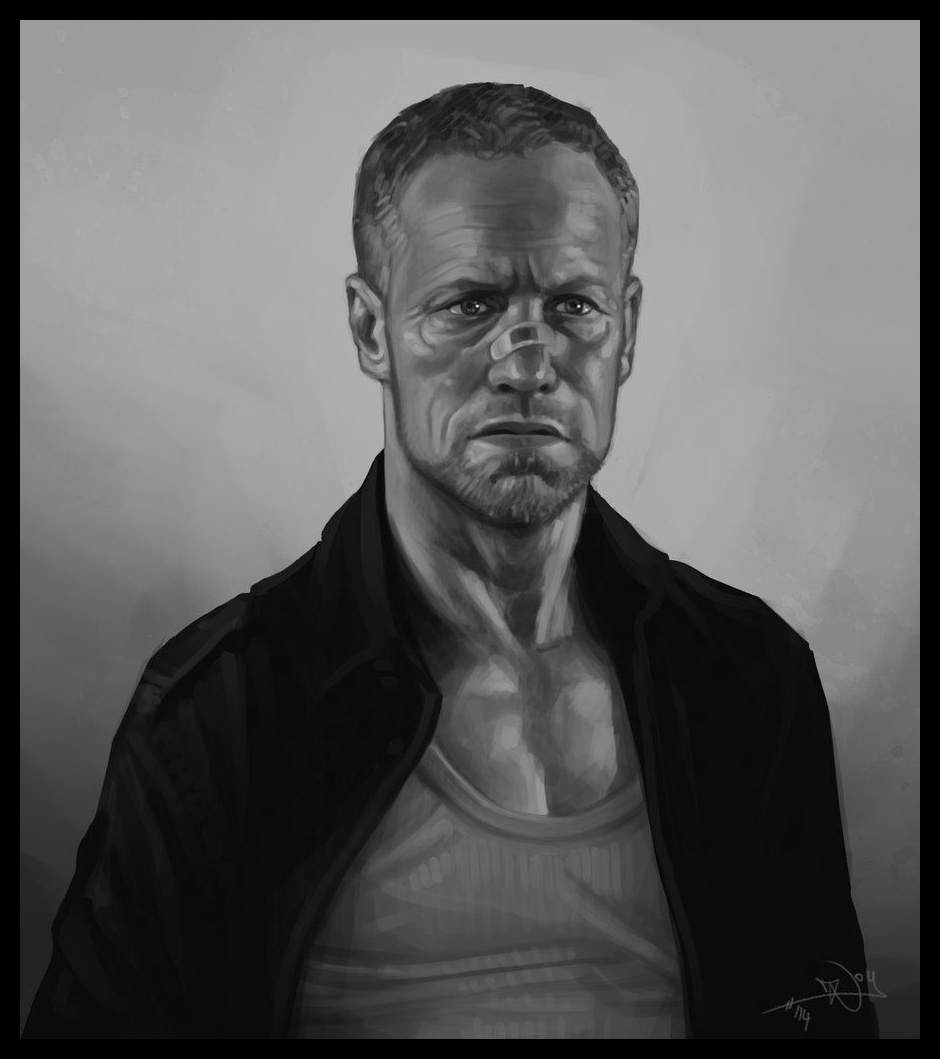 Does it have a broken nose, the kind that’s been broken longer than it was ever fixed, the better to smell its broken prey with?

Does it ever, ever smile, or weep, or does it simply stare?

No. It also snarls.

You can tell if it gets scared when it looks in the mirror.

Shaw does not talk about his history, but others do. Those few Kindred who could be bothered to notice their lessers would remember his decade and a half of bouncer work at the Carnival Club, ghouled by none other than the Afterhours King himself.

Those connected to the less savory elements of the Crescent City might remember stories of an Officer Shaw, the lawman who turned a blind eye to an illegal bare-knuckled boxing circuit in the Fauborg Marigny for the sole reward of stepping into the ring himself.

There are people behind rings like those, of course. They tell the boxers who gets to win and who gets to lose, then bets flow in from suckers who think that matches get decided in the ring.

Officer Shaw didn’t much like being told to take a dive. He wanted a fair fight. A real fight.

He was on his way home from a match he was supposed to lose when the Mob gave him a real fight. Three on one wasn’t a fair fight, though, especially when his face was already a bloody ruin from his last bout. His attackers left him for dead in the gutter.

Most Kindred can guess what happened after that, as well as the owner of the shadow that fell over Shaw’s broken form. It’s a good story about how to make a loyal ghoul. Watch them from a distance, wait until they’re in trouble, then pull their ass out of the fire.

Less often, though, you might find a Kindred who likes sad stories. Maybe they know what happened to Alexander Shaw’s little girl.

There are many eyes on the Afterhours King, and many who noticed first Shaw’s seeming retirement of a few years, and then his sudden transference to, of all Kindred, Isabella Suarez’s side. Indeed, it was Sundown’s gift to the neonate that alerted many of his patrons to their special relationship.

What tragedy in the making, then, is Shaw into now? Nobody can say for sure, save Shaw himself, and his former and current masters.

But this is well. Nobody likes sad stories anymore. They prefer to watch grown men beat each other to living shit for money.

And Alexander Shaw has always been very, very good at that. 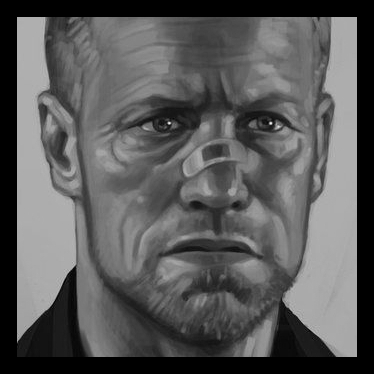