“Ancient stars in their death throes spat out atoms like iron which this universe had never known. … Now the iron of old nova coughings vivifies the redness of our blood.”
—Howard Bloom

Lips as big as the Texas sky. Skin like sun-blushed maize. Her eyes and hair are as black as Texas gold, but she presently dyes the latter a rose-pink like the bottom of a tequila sunrise. When not at the lab, and sometimes even when she is, she prefers country-western clothes, often with an Americana, almost parade-like intensity of stars and stripes. Her collection of cowgirl boots could likely re-skin an entire herd of Longhorns. Along with sundry other items, her armadillo clutch-bag always has a can of hair spray, at least two packs of cigarettes, and an army of lighters. The habitual use of the latter two items has turned her Tex-Mex accent prematurely husky, if not downright raspy.

Alejandra grew up in Houston, Texas, as the sole daughter of María Guadalupe and Javier’s six children. Life-long residents of Texas, the Suarez family traced their ancestry back to early 17th century empresarios, back when the land was part of the Mexican, rather than American, frontier. Later fighting, and losing, with the Spanish imperialists in the Texas Revolution, the Suarezes nonetheless maintained ties to Tierra Azteca. In recent generations, these ties had transformed into a profitable, if perilous connection with the Mexican drug cartels. Indeed, her mother became known as the Bloody Mary of Galveston Bay, a figure feared on both sides of the law and border.

Despite this infamy, Alejandra was kept largely isolated from the ‘family business.’ There were inklings, of course, but she would truly understand the barbaric depths of his kin’s dealings until she and one of her brothers, Juan Luis, were kidnapped by the Los Zetas cartel. After a terrifying week spent in the ‘care’ of Los Zetas’ sicarios, she was returned, physically unharmed save for a few minor bruises and scrapes. Psychologically, however, the ordeal broke her, as she had been forced to watch her brother be decapitated, and then made to carry his severed head back to her parents as a ‘warning’. In the wake of the incident, Alejandra became mute, unable and unwilling to talk to either her kin or strangers. Years passed, and her parents became distraught, if not exasperated with the then-teenager’s continued silence, so they took her to a Jesuit priest, one Father Morales, and demanded he ‘exorcise the mute demon.’

A clever, if compassionate, man, Father Morales acceded, but told the Suarezes he would need their privacy as well as patience. Reluctantly, the Suarezes agreed, trusting that the priest would honor the Seal of Confession, out of piety if not fear. Over the course of the next several months, Alejandra met privately with Father Morales, and during that time, he never once asked her to speak. Instead, he played dominos, poker, and Lotería with her, slowly earning her trust. Mid-way through her junior year of high school, Father Morales finally asked her if she would like to write him a letter and tell him what she could not yet say. Alejandra nodded that she would. A few weeks later, she presented him with the letter, and a week after that, she was willing to read it aloud to him.

Her silence broken, Alejandra then shared her desire to get away from her family. Concerned, but by no means a coward, Father Morales privately convinced Alejandra that education could help grant her the independence she craved. With her permission, the priest then shared Alejandra’s story and aspirations with several of his Jesuit colleagues at colleges outside the Lone Star state. One of these colleagues, a dean at Loyola University in New Orleans, offered Alejandra a full ride scholarship. After substantial coaching from Father Morales, and many prayers, Alejandra told her family of her desire to become a doctor (but said nothing of her dream of independence from them) and the prestigious scholarship she had been offered at Loyola. The Suarezes were less than happy, but they eventually gave their reluctant blessing, assuring her that she could come back home at any time, and assuring themselves that she would surely surely attend one of Houston’s medical schools once she completed her undergraduate. Alejandra, unsurprisingly, said nothing to either deny or confirm those assurances.

The following fall, Alejandra arrived in New Orleans, delighted by her newfound freedom, if somewhat shell-shocked by the sudden exposure to so many disparate, secular, non-Texan, non-Hispanic cultures. Loyola’s Jesuits, however, helped her weather the transition. Nevertheless, her accent, ethnicity, and choice of clothing and music drew more than a little ribbing from classmates, but Alejandra, or Alex as she became known by the local gringos, responded by more fiercely embracing those aspects of her background, earning her the half-affectionate, half-derogative sobriquet of “Tex Lex.” Academically, she did well, declaring herself a microbiology major while preparing for medical school. Pursuant to this latter goal, she transferred her sophomore year to Tulane, much to her family’s consternation, particularly as the move meant she lost her free ride. When her parents failed to persuade her to return to Houston, or at least Texas, they regularly offered to pay for her expenses. Each time, Alejandra politely declined, saying (if lying) that she liked working as a waitress and balancing the multiple responsibilities. Frequently and much to her dismay, one of her brothers would drop by her dorm or workplace. Nominally, these visits were to make sure she was safe, but she came to suspect, much to her chagrin, they had ‘other’ business in NOLA too.

In spring of 2009, Alejandra was invited to join the prestigious Phi Alpha Kappa. Her relationship with the sorority was rocky, especially as her grades began to slip as she struggled to balance her classwork, part-time jobs, and seemingly never-ending duties to her chapter-house. Some of her old anxieties resurfaced, and she took up smoking. Heavily. Nonetheless, she managed to not only graduate, but got admitted to Tulane’s medical program. Much to her parent’s chagrin and growing ire, she never applied to any other school.

Compared to her past travails, med school proved far easier for Alejandra. Her brothers showed up less. She no longer had sorority responsibilities. She obtained work at a blood bank, and later gained an assistantship with the Orleans Parish Coroner’s Office. There, she helped conduct autopsy, toxicology, and sexual assault tests. These experiences helped solidify her goal to work as a pathologist rather than as a bedside practitioner. Upon graduating, Dr. Suarez was offered a seven-year residency in hematology-pathology at Tulane’s hospital. Once again, her family protested. Once again, she gave them the silent treatment and gladly accepted the offer.

Dr. Suarez currently spends her time working at the university hospital’s Department of Pathology & Laboratory Medicine. Off the clock, the resident physician is an almost daily patron at the Bourbon Cowboy, a country-western bar known for its line dancing, mechanical bull, and balconies over Bourbon Street. She diversifies her diet by frequenting taquerias like Del Fuego, La Casita, and El Gato Negro. Otherwise, she can be found at Le Bon Temps Roule, the Rock ‘n’ Bowl, or wherever else is hosting her favorite local band, Gal Holiday and the Honky Tonk Revue. On rarer occasions, particularly when her brothers are in town, Dr. Suarez indulges in the guilty pleasure of visiting Louisiana’s pseudo-legal cockfighting rings. Technically, Dr. Suarez lives in a two-bedroom apartment in Fabourg Marigny, but her roommate scarcely sees her, as the resident physician seems to prefer a hospital cot to a real bed.

Louis Fontaine called Dr. Suarez to ask that she retrieve a protective gris-gris talisman’d given Desire, one of Tulane’s latest patients, and which nursing staff had removed from her person. The young prostitute had previously been the victim of a vicious attack by the Slattern Slashers that only Lou’s gris-gris had allowed her to survive. The centuries-old PI feared her would-be killers (or other fell forces) might strike again, but Dr. Suarez was able to reunite the girl with her gris-gris without much trouble.

Rocco Agnello claimed to Isabella Suarez, Alejandra’s niece, that he had murdered her aunt in retaliation for the humiliations she caused him at Elysium. Rocco had not actually done so (purely for lack of time), but later called upon one of his ghouls, Corbin “Spook” MacCready, to “look into things” with Dr. Suarez “just in case.” 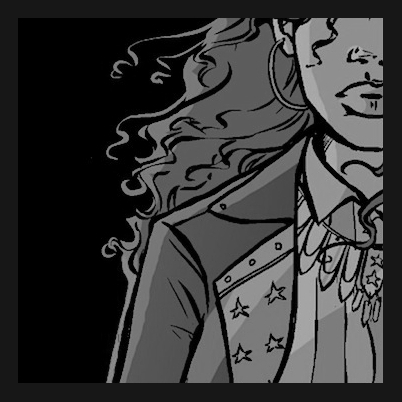