“Beauty can be consoling, disturbing, sacred, profane; it can be exhilarating, appealing, inspiring, chilling. It can affect us in an unlimited variety of ways. Yet it is never viewed with indifference: beauty demands to be noticed; it speaks to us directly like the voice of an intimate friend. If there are people who are indifferent to beauty, then it is surely because they do not perceive it.”
Roger Scruton
“Alana is, if I’m being honest, everything a lick could want in a ghoul. She is beautiful, savvy, competent. She owes everything that she is to me. What’s not to love?”
Jade Kalani 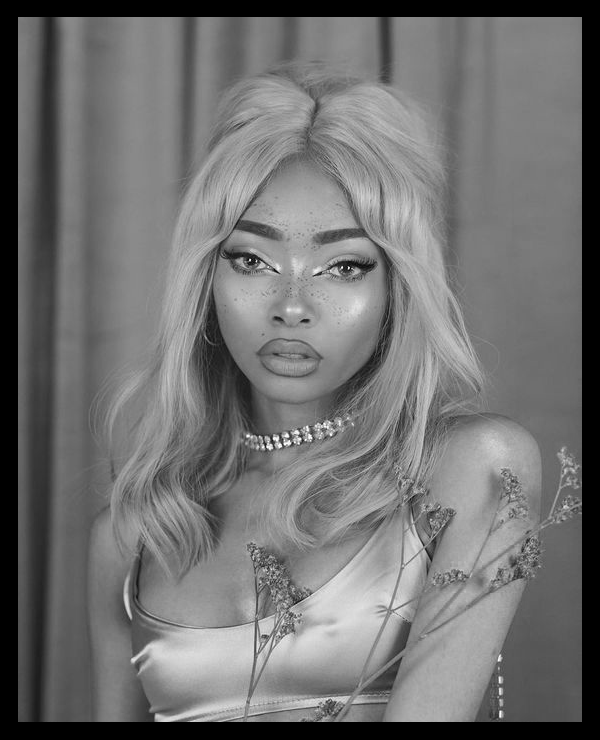 Alana is a vision of beauty. She is the epitome of the word Flawless, from her straight black hair to her toned, lithe body. Every inch of her is sculpted perfection. Her cheekbones are high and often reflect the light with whatever highlighter she chose to wear that day. Delicate freckles dot her nose. Her eyes are large, black pools that people frequently fall into, and her lips are full with a prominent cupid’s bow. Her face is never made up in less than full glam. Her hair changes frequently. Some think it’s a wig, others think she just permanently fries it with all the bleaching and color changes. Alana hasn’t confirmed either way.

Her makeup and clothing often match whatever mood her hair is in that day. She favors casual chic clothing that shows off her body without crossing the line into trashy, and it is always professional enough for whatever venue she is visiting. At work she is often in black, pink, or purple form-fitting pants and blouses.

Another pretty face? Maybe. She’s alluring and she knows it. She uses that to her advantage, both in business and in her personal life. She keeps a firm hand with the salon employees and clients and shows deference only to her boss and others like her.

Alana Frederick was born Kenya Hemington, a mixed-race girl who grew up in the 8th ward. Her formative years were spent without a father at home after the man went out for cigarettes and just never came back. Her mother, an overworked and underpaid social worker, did the best that she could to raise Kenya and her younger sister, Shanice, with what they had. Both girls spent an inordinate amount of time at their granny’s house, spoiled on sugar and fast food, until the woman’s death when Kenya was 10. But the damage to her body was already done: Kenya weighed a whopping 200 pounds.

By high school she was pushing the scale at 270. Her face was round, her skin was bad, and her mother couldn’t afford the braces that she so desperately needed. She slept with anyone who would take her, felt better about herself for a day, then started the cycle all over again when she wondered why she was such a whore.

Smart, but without any discipline, Kenya didn’t know what she wanted in life. She took a few classes at community college after high school but didn’t find her true calling until she stumbled across the student salon one day. She recalled the time she was eight years old and took a pair of safety scissors to her neighbor’s hair (she said later that the girl complained constantly her hair was too long) and thought that this might be an alternative to the traditional college path. She enrolled and finished the Cos program with her manager’s license. That plus the business classes let her graduate with an associate’s degree, and she went off to start working in salons.

Unfortunately, the high-end salon she envisioned for herself was not to be. There’s a certain aesthetic in places like that that she just didn’t fit: stylish, glam, sophisticated. The white salons didn’t want her and the black salons said she wasn’t dark enough. Door after door closed in her face until she was doing $20 trims and boxed coloring jobs at the local Supercuts.

She was closer to forty than thirty when she’d finally had enough of her manager stealing tips, gossip from the other girls, and the frustrating, condescending “where are you from? No like, where are you really from?” comments from her clients. Her mother had long since passed and her sister had made it as an actress (with a name change to Starre Hemingway), and Kenya was forgotten. She thought she might take the easy way out in 2011. She had the bottle of sleeping pills in her pocket and was at an EZ Stop when she ran into the woman that would forever change her existence.

Jade was on the prowl for her next meal when she ran into Kenya at a local store. She took one look at the woman and thought about what Xola had said to her about fat people having more blood in their body, and the Toreador knew jackpot when she saw it. She struck up a conversation with the woman… and soon learned that she would be more beneficial than just a meal. Jade turned on the charm and pulled the story out of Kenya, her entire past, and learned what she was about to do.

She offered a different solution instead.

In exchange for being remade and eternal youth, Kenya would pledge her loyalty to Jade. It was an easy decision for the inebriated, star-struck woman, so Jade took her in and gave her the life that she had always wanted: she used the new tools she had been given to remake Kenya into something beautiful. She took off adipose tissue by the handfuls, cut excess skin, trimmed her waist, lifted her breasts, carved out her cheekbones. She smoothed out her wrinkles, took twenty years off her face, straightened her teeth. In the end, Kenya was beautiful. Pristine. Flawless.

Kenya changed her name to Alana Frederick and the transformation was complete.

She was the first girl that Jade brought into Flawless Spa and Alana now manages the daytime affairs of the business. She handles everything from inventory to taxes to scheduling and dealing with difficult clients (there are relatively few). She is also a frequent client on Jade’s table, and the Toreador practices new ideas and techniques on the ghoul when it suits her. Alana takes occasional clients to keep up her skills, though her primary function is salon manager. She also recruits both employees and models for Jade, and when the Kindred needs something during the day it is Alana who she turns to.

Alana was with Celia when the latter was picked up by a pair of hunters after a hunting trip to Bourbon Heat, when Celia sought to locate a juicebag for a special guest staying at the spa. The hunters tortured Alana by cutting off her ear when Celia refused to unlock her phone for them, but was still able to add her voice to Celia’s and convince the pair of hunters to go after Celia’s sire, who they claimed was Jade, and keep them around “to help.” After Celia convinced the hunters to feed and kiss her as part of a ritual to make them stronger and Celia drained the female hunter to the point of death, Alana unlocked Celia’s handcuffs so the lick could take out the second hunter and took a knife to the belly for her trouble.

The next evening Alana lied to Peter Lebeaux about not having the hunters’ phones to give her mistress ample opportunity to break into them herself and report her findings to the warden (though Celia later gave him the phones to double check she didn’t miss anything). She was distraught when Jade refused to take her to the party going on that evening at the Evergreen.

Alana showed up a handful of times over the subsequent nights to deliver messages and assist Celia with her business, mortal and Kindred alike. She was present when Celia picked up Dani from Beach on Bourbon and helped Celia test the thin-blood’s powers by allowing herself to be used as target practice.

Alana was present with Celia’s other ghouls when Celia broke the news to them that she had added another to their number. She was predictably jealous and spent the meeting perched on her domitor’s lap, though she oversaw the handoff of managerial duties to Louise without question when Celia told her to avoid their typical hangouts until she settled things with another lick.

Alana doesn’t remember much of this meeting, though. Peter Lebeaux showed up the next night to erase the memories of the newest ghoul.

Celia turned Alana into “Jenny” when the pair went to meet up with Vinny Cardona as part of a favor Jade owes Pietro to get him to steal something for her. The girls flirted with him at the slot machine and promptly took him back to a hotel to fuck.

Later that evening Alana posed as a thin-blood when Jade took her ghouls with her to ambush the person who bugged her spa, though she recalled Alana before she could do more than stand nervously in front of a door. After they got back to the spa, Jade turned Alana into yet another person for an upcoming audition the next day. It was a familiar face: Celia herself. Jade punished Celia for her recent slip up on the phone, citing it as a potential breach of the Masquerade, and made her count out and thank her for every swat she received.

Jade gave herself a cock so she and Celia could fuck six ways to Sunday in the spa before a content and satiated Celia finally murmured “I love you, mistress” to Jade before they parted ways for the evening.

Despite the continual hint dropping that Alana would like to spend more time with her mistress, Celia didn’t pick up on what the ghoul wanted, or at least didn’t act quickly enough to sate the hornball before Alana decided to take matters into her own hands. She showed up at Celia’s house while she was having dinner with her mortal family and broke down into tears on the doorstep about ignored texts and how she always puts her family first. Celia, annoyed with the waterworks and the scene, used what little physical force she could muster to slam the girl against the wall and applied pressure to her neck until the ghoul was fit to pass out. Only then did Celia let her go, telling her to go home and handcuff herself to the bed until she was ready to deal with her. Alana left in further tears. 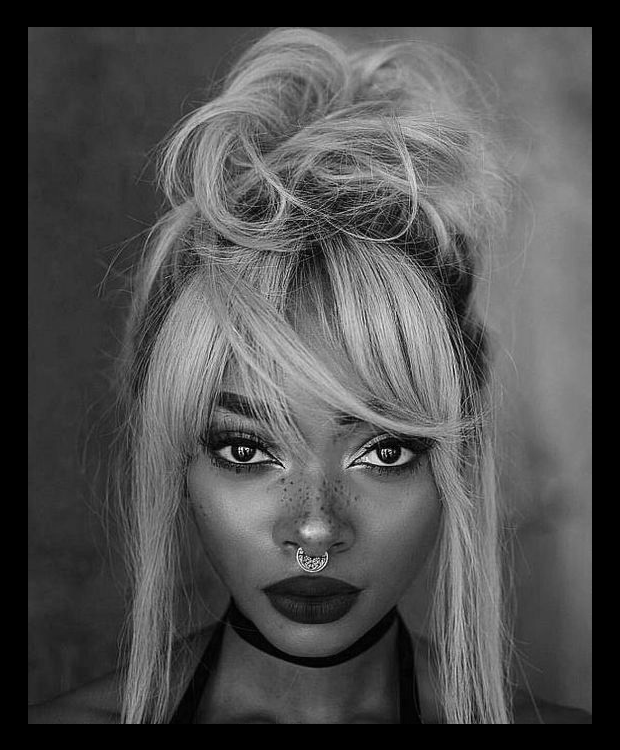 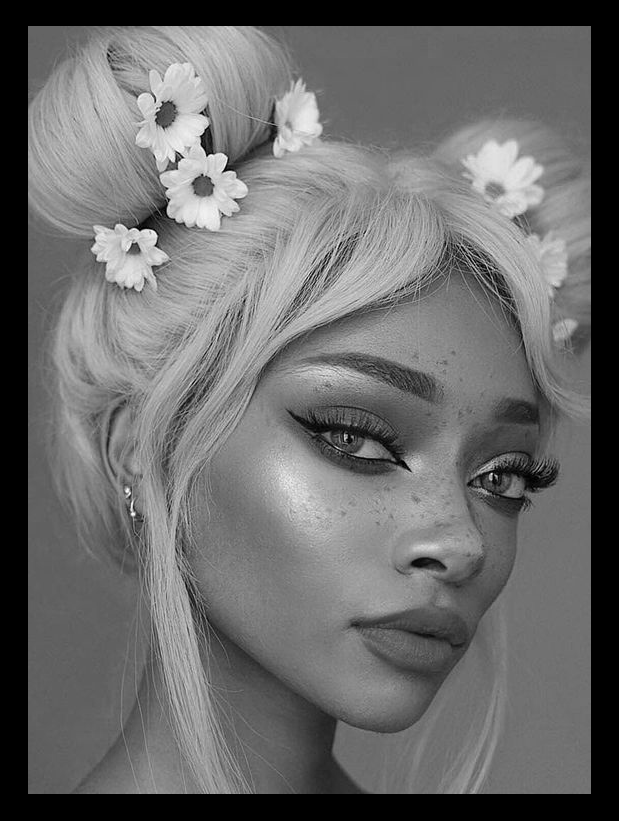 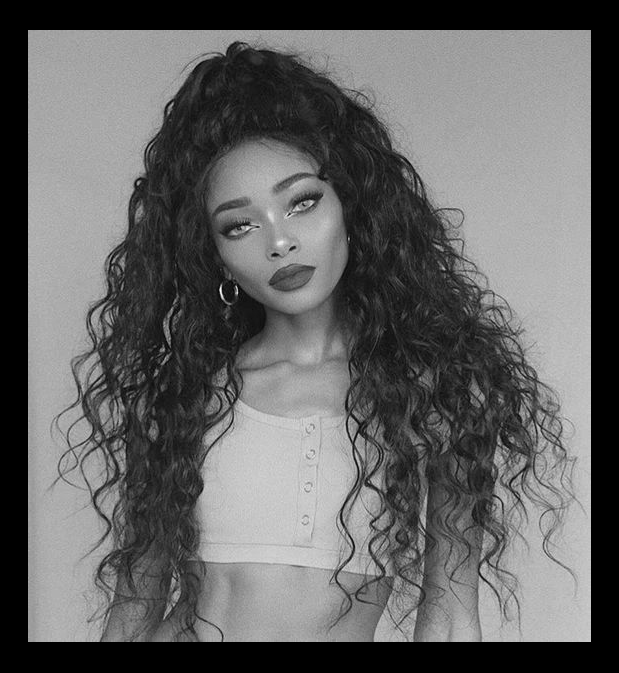 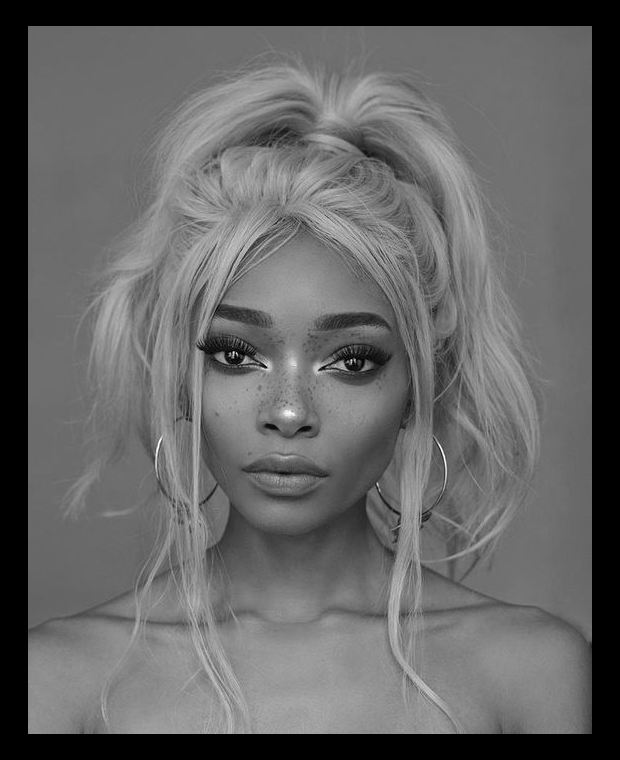 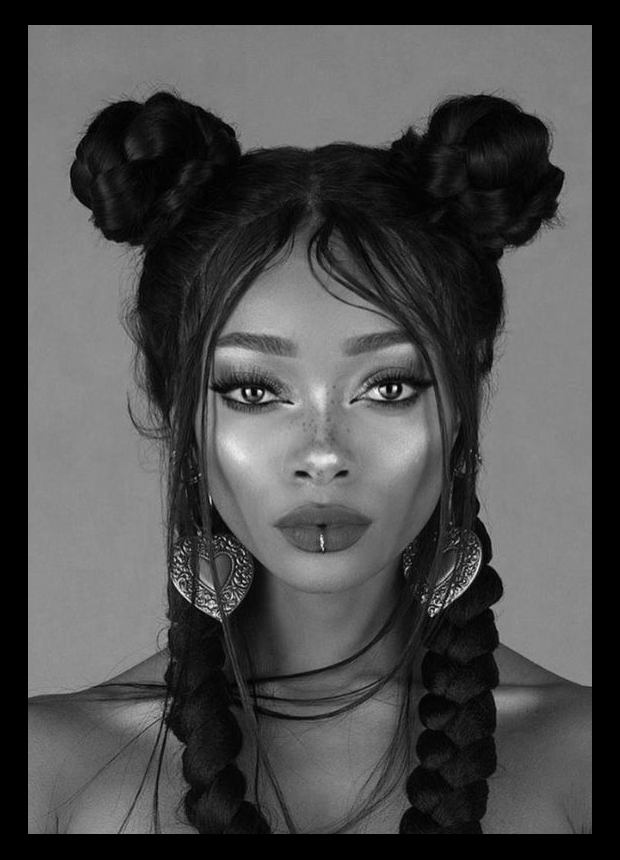 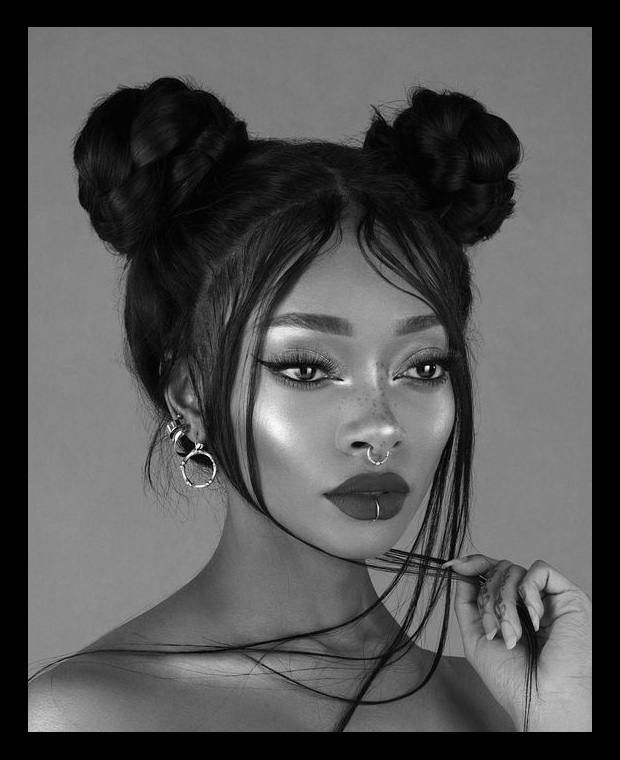 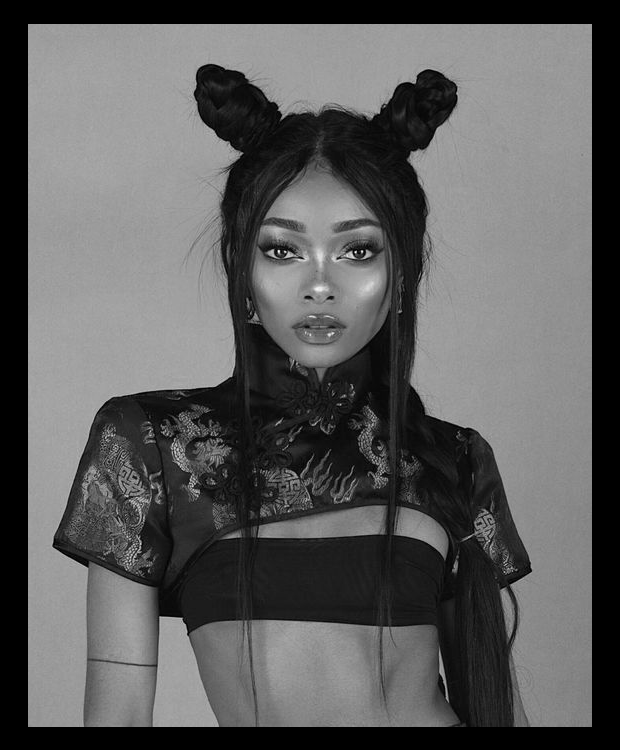 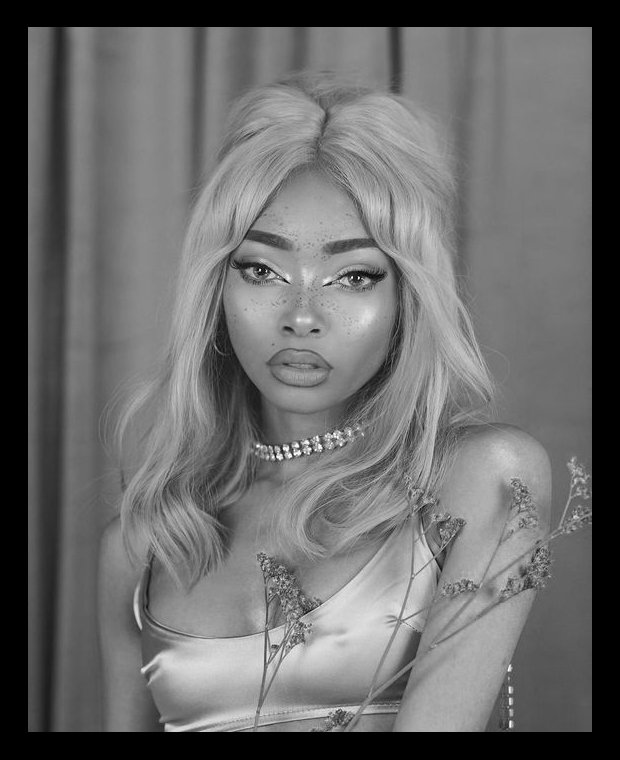 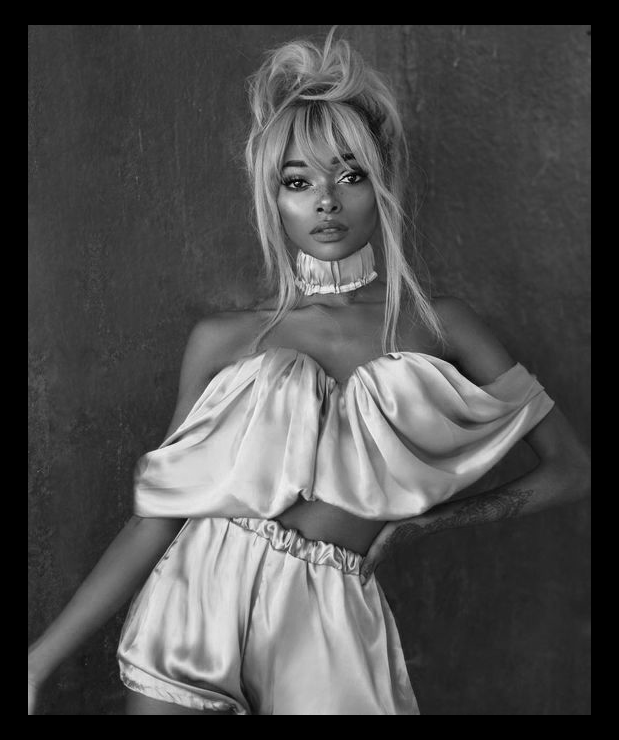 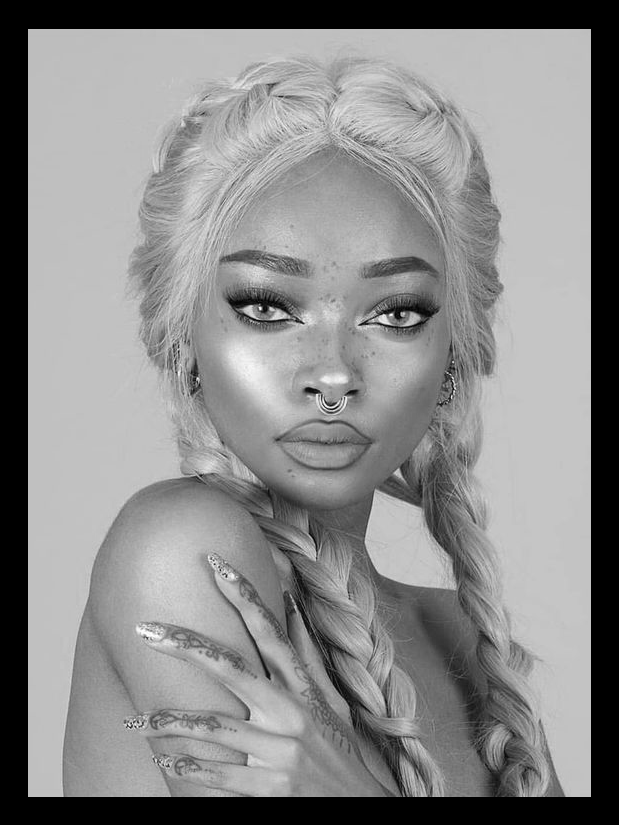 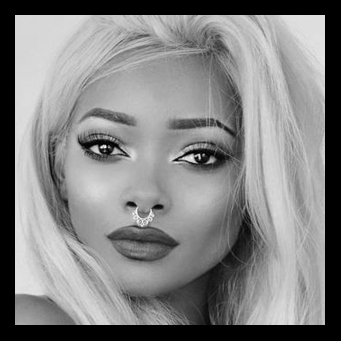