Golden apple with a hollow core

“The ‘woman’ is a monster that would fit in well in a period piece circa an 1860 plantation alongside her blustering and equally cruel ”/characters/pierpont-mcginn" class=“wiki-content-link”>paramour. They’re brutality hiding behind civility, lead under a coat of paint, and poison covered up by too much sugar in the sweet tea. She loves to lord over others, loves to stand aloof. But I’m not sure what exactly she stands for, except an ideal that even I can admit died about a hundred years ago for most of the world: master and slave."
Caroline Malveaux-Devillers
“Adelais Seyrès is lovely enough, having been Embraced in the full bloom of youth with a clinical perfection I always admired by her (then-)gifted sire. Combined with her razor-sharp mind and equally dangerous tongue, she could have accomplished a great deal in her Requiem had she been so inclined. Instead she chose an existence of mediocrity and spends the bulk of her nights engaged in meaningless posturing in Elysium, climbing a ladder to nowhere in search of a social plateau.”
Jonathan North
“Darling, don’t be mad. I don’t make the rules. I just read them to those too scared to play the game.”
Adelais Seyrès 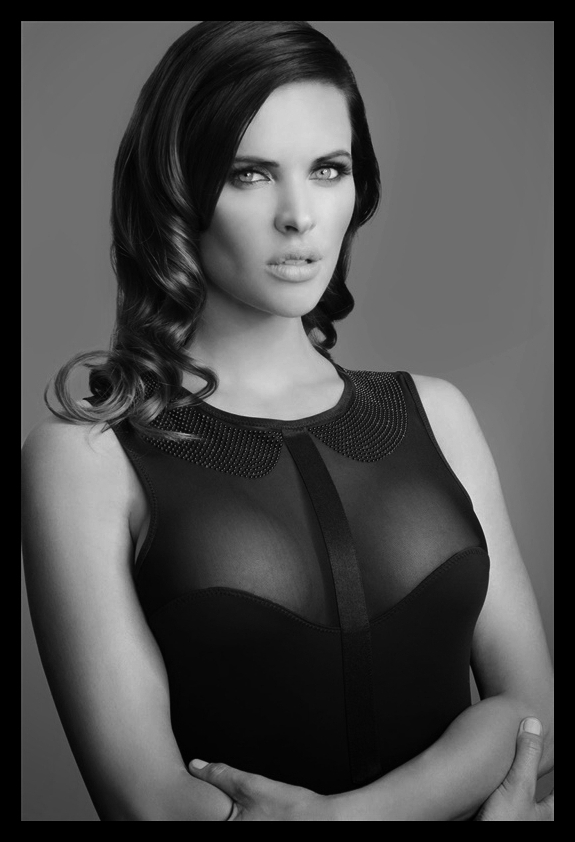 Adelais prides herself on flawless presentation. To that end, she is rarely seen when she doesn’t want to be. She frequents Elysium in high fashions that favor structure and form over comfort and function. She is often seen in black, white, and gray which underlines her shrewd and pedantic persona. To those within her covenant, she is an astute, fastidious pillar of the First Estate. To those without, she is an aloof, over-scrupulous testament to the convolution the Unconquered revere. To her, she is both. Some dismiss her jaded air simply as a reflection of her sire’s malaise but others whisper something more sinister festers within her that even keeps Pearl at a dubious distance.

Few are the Kindred who do not fear Adelais Seyrès’ attentions in Elysium. Pearl Chastain’s youngest childe has a reputation as the most cold-hearted and razor-tongued of the city’s harpies—no mean feat in a city that considers itself to have some of the most exquisite Kindred culture outside Europe.

In her mortal life, Adelais was born to Royalist French parents who fled the Revolution of 1848 to New Orleans (a still-common destination for French immigrants) and grew up to become a scathing art critic and manager of her father’s gallery. She drew her sire’s attention at the Twelfth Night Revelers’ second Feast of Epiphany ball when she was crowned La Reine de la feve (“Queen of the Ball”) despite efforts by the city’s then-mayor, Benjamin Flanders, to rig the game and place its golden bean in his niece’s slice of king cake. Adelais was Pearl Chastain’s last attempt to connect with the post-Antebellum world and some considered it an ill omen that she entered torpor so soon after her last childe’s Embrace.

After her uncle-in-blood Bruno Courtet was destroyed by the hunter Nathaniel Bordruff during the 1920s, Adelais replaced him as the local Invictus’ notary, or officiator of sworn oaths. She also took the Ventrue schemer Pierpont McGinn as her lover and was elevated to the Prima Invicta alongside him in 2005. His fortunes had risen significantly after Hurricane Katrina, for he had also gained regency over Uptown and a seat upon his clan’s Gerousia. When he asked for Adelais’ hand in blood marriage (a once-obscure custom that Victoria Ash and other luminaries have revived in the 21st century), clearly in an effort to further tie his fortunes to the local Invictus’ most prominent bloodline, she deemed it just as practical to answer yes.

Most Kindred consider the two paramours a match made in hell. McGinn’s brutal, smiling cruelty simultaneously complements and contrasts Adelais’ icy disdain, and the two’s parties are rarely anything but the talk of the city. While credit for the Big Easy’s most exorbitant revels must go to Antoine Savoy, few Kindred gatherings can eclipse Adelais’ and McGinn’s in sheer sadism. More than one Kindred has compared the couple with “two spiders eating the wings off the same fly.”

Adelais is childe to Pearl Chastain, the matriarch and senior primogen for Clan Toreador in New Orleans, the regent of the Lower Garden District, and the eldest member of the Prima Invicta, the Invictus’ governing council. Pearl Chastain has not publicly spoken of her sire, but is believed to be of the sixth generation and a great-grandchilde of Arikel.

Accou Poincaré is Adelais’ eldest brother-in-blood, the former prince of Santiago, the regent of the Lower Garden District during their sire’s torpor, the junior of their clan’s two primogen (though an elder in his own right), and the third-eldest of the Prima Invicta. Her next eldest brother-in-blood was Bruno Courtet, a poseur of limited artistic talents. He served as myrmidon (a titled position for bodyguard) to their sire and elder broodmate before being destroyed by the vampire hunter Nathaniel Bordruff in the 1920s. Her third brother-in-blood Barthélemy Lafon was a semi-famous Creole architect and associate of Jean Lafitte’s’ who designed much of the Garden District. He was destroyed during Hurricane Katrina.

None known. Adelais has never expressed any desire to Embrace.