“Help,” she whispers softly, gently,
All despairing,
all-intently,
Full of fear and small surrender,
Hushed and muted,
faint and tender. 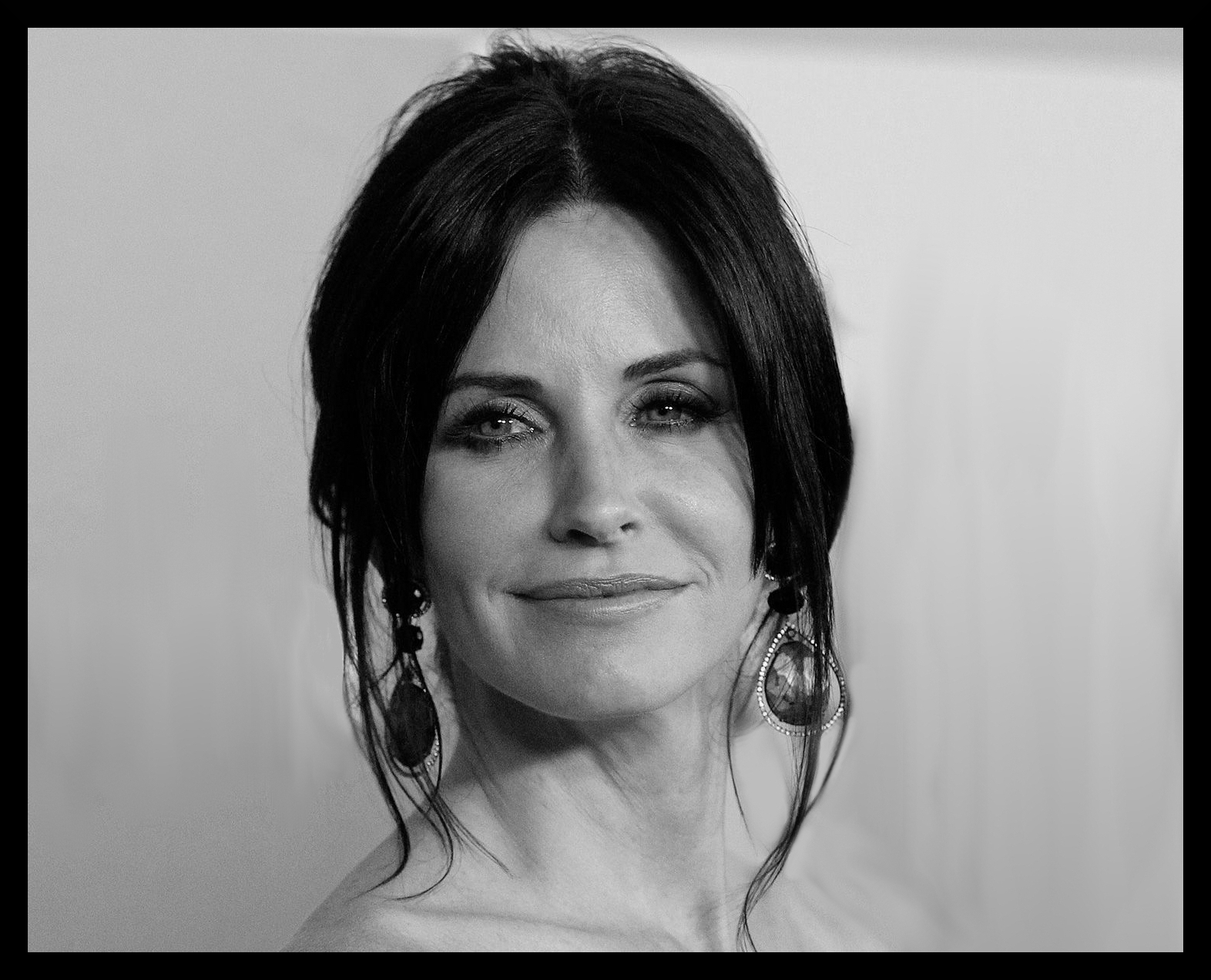 If the Devillers sisters look like distorted reflections of one another, Abélia Devillers resembles her daughters through a glass darkly. She shares their pale skin, willowy figures, swan-like necks, and delicate, high-cheekboned features. Her eyes are a dark rather pale blue, however, and her hair is deep black rather than light blonde. Her facial features show more age and definition, but she remains a strikingly beautiful woman well into middle age. It’s easy to imagine her as the spitting image of her eldest daughters Adeline and Cécilia some twenty years ago.

She favors apparel in shades of navy so deep as to be almost black, sometimes offset with white, and silver jewelry set with black diamonds. She occasionally wears old Roman coins as an unusual accessory, one of which was identified by Caroline Malveaux-Devillers as depicting the emperor Aurelian—the indirect namesake of New Orleans.

Hurricane Katrina drew disaster relief efforts from across the world. Malaysia pledged $1 million USD to the Red Cross. Finland offered to send 30 firemen. Honduras sent 135 flooding and sanitation experts. Denmark offered water purification units. Countless countries pledged monetary aid or sent sorely-needed supplies and emergency personnel. Much of this aid was wasted or never accepted by the U.S. government due to federal mismanagement and incompetence. Some aid, though, was refused for political reasons. Iran’s proposal to send 20 million barrels of crude oil in return for the lifting of U.S. sanctions was ignored. Cuba’s offer to send 1,586 doctors and 26 tons of medicine was rejected even without any attached demands. France’s help was not refused, but due to strained diplomatic relations over the Iraq War (“freedom fries” were still on the menu in the House of Representatives’ three cafeterias), it took over a week after Katrina made landfall before the U.S. Department of State formally requested French assistance.

This government response was far too slow for some private individuals. Abélia Devillers was a French philanthropist of no small wealth and means who arrived in the still-flooded city with six daughters in tow, ages fifteen years to several months. She claimed a mandate to offer humanitarian aid irrespective of international political concerns and brought a plenitude of food rations, water, blankets, and medical supplies—as well an uncanny knack for cutting through red tape in getting them efficiently distributed. She was particularly fond of Russel Honoré, the “Ragin’ Cajun” Army general whose take-charge and no-nonsense efforts were universally lauded over FEMA director Michael Brown’s notoriously inadequate “heck of a job.” Abélia never met Honoré personally, but was known to enjoy (and to still enjoy) the company of Darren Bergeron, the Air Force general also assigned to Joint Task Force Katrina who became a noted environmental activist following his retirement.

Abélia persisted in her humanitarian efforts after the French government’s help arrived, and even after it left. She professed to have fallen in love with New Orleans and saw so much work that still needed to be done. She applied for U.S. citizenship (which was automatically conferred on her six underage children) to make daily life easier and purchased a home so that her girls could live somewhere “with a bit more room” than a hotel suite. She also had to find a good school for them and chose the McGehee School for Girls over the equally prestigious Ursuline Academy because it looked like it could reopen sooner. Her generous endowment and behind-the-scenes efforts to help the school promptly re-open its doors led to a seat on the board of trustees—the first of many such positions and laudations.

Ten years later, Abélia remains a fixture of high society. She primarily involves herself in religious and civic charitable groups, as well as artistic and culturally preservationist organizations that range from the Catholic Charities Archdiocese of New Orleans to the Ogden Museum of Southern Art’s board of trustees. She attends political functions “to keep up with things” but seems more interested in socializing than voicing opinions, and only donates to causes that attract locally unopposed support. The state Democratic and Republican parties courted her as a donor for some years but have largely given up on trying to woo her. In her words, she prefers to focus her efforts on matters that “unite rather than divide us.”

It is Abélia’s daughters, however, who are her foremost pride and joy. Five are old enough to have been presented at the city’s debutante balls. They’re considered quite eligible catches, all before what simple attention the lovely and near-identical seven sisters cannot help but draw. Abélia jokingly likes to claim that “men don’t run in our genes.” Though Caroline is known to be Nathaniel Malveaux’s daughter (conceived before his marriage to Claire), Abélia has otherwise coyly avoided divulging further information concerning past spouses or her other six daughters’ parentage. Many suspect the same father given their strikingly similar appearances, all the way down to the same eye and hair colors. Abélia only smiles and replies that “a lady must have her secrets.”

“Modern horror doesn’t really understand that real fear comes from the unknown. From the long slow build of terror as you grope around in the dark looking for answers that aren’t there. From the feeling of utter helplessness that comes from your ignorance. I’ve seen monsters that most people couldn’t begin to fathom, from Mother Iyazebel and the depths of the Dungeon to Nathaniel Blanch out in the Outlands. None of them even begin to scare me as much as half the questions I have about Abélia Devillers. Who is she? What is she? What does she want? Questions for Kindred and kine alike. Is she the flame to the moth? The siren to the sailor? Something worse? Something better? I’m not sure I want to know that answer. For now I’ll settle for the ones she gave me about myself.”
—Caroline Malveaux-Devillers (prior to her adoption)

Something about her unnerves him. Why does she look so much like that portrait? A portrait is always a little off. But somehow, she is both unreal and uncomfortably undeniable. He feels like she knows him. And instead of worrying if she’ll like him, he’s just wondering if she’ll let him be, if she might in her unknowable mercy decide to stop paying attention to him.
But no. She’s still here. And her gratitude feels poisonous, simultaneously unreal… and undeniable.
—Emmett “Em” Delacroix

GM’s Note: Significant spoilers for the adventure logs follow in Stories Two and beyond.

Amelie Savard never met Abélia directly, but dealt with middle daughter Yvette. The two schoolmates wound up partners on a research project into the storied LaLaurie House, which Amelie (initially) wanted to personally explore. At Yvette’s request, Abélia arranged things with the Whitney family to have the eponymous Whitney Hancock Bank (which owned the house) offer the teenagers a private tour. As part of this arrangement, Abélia signed a waiver holding her liable for the costs of repairing any damages to the property. A further clause required her to purchase the property if the damages were too extensive to repair.

Abélia was called to the Eighth District police station following Amelie Savard’s and Emil Kane’s near-fatal injuries at the LaLaurie House and the subsequent arrests of her three present daughters. She appeared alongside NOPD superintendent Bernard Drouillard to release the girls from police custody, and was grateful for Caroline Malveaux-Devillers’ (then known as Caroline Malveaux) efforts in coordinating damage control before the lawyers and superintendent could arrive. She did not contest a furious Lyman Whitney’s assertion that her family had deprecated the house’s value and broken their word. Seven girls had spent the night rather than the agreed-upon two, and the property was now the site of a police investigation into at least one felony-level crime. Her daughter Cécilia was still surprised when she agreed to purchase the $3+ million house without recourse to legal action—and to even take out a mortgage from Whitney Hancock Bank by way of further apology to the Whitneys,

Richard Gettis’ shooting of Sarah Whitney and her daughter Yvonne shattered the seemingly amicable end to an already arduous night. Caroline saved both girls’ lives thanks to a fortuitous undergraduate degree in pre-medicine, but not before Gettis killed one of the Whitneys’ lawyers and made his escape from the police station. Yvette later claimed to Caroline, who was not present for the scene’s aftermath, that her mother had put the fear of God into Drouillard by “saying a few things” and sent him scrambling from the room.

Abélia was not present at Tulane Medical Center when Caroline visited her daughters there the following day. The soon-to-be Ventrue spoke with Cécilia and Amelie’s aunt Christina Roberts as to how events should proceed and played intermediary between Roberts and the Devillers. Though their goals were utterly opposed, Cécilia reported that her mother was content to settle for Amelie’s expulsion from McGehee without pursuing further legal action.

Abélia met Caroline again for dinner at Commander’s Palace some months later to celebrate Sarah’s and Yvonne’s recoveries and resumed attendances at McGehee. Abélia entertained Chuck Pavaghi’s suggestion that she should sell the LaLaurie House without committing to doing so, but otherwise spent most of the dinner in conversation with Lyman Whitney and his son Warren (the only other two attendees who weren’t half her age or younger). She also doted upon her ten-year-old daughter Simmone, who she gave an extra dessert before dinner, sat on her lap, and hand-fed food to. Yvette partly defended this as a consequence of her sister still being terribly traumatized by the station shooting.

Abélia offered an ostensibly intoxicated Caroline a ride home once the evening concluded. She professed delight over Luke’s proposal to Cécilia and stated how she could “hardly wait to be a grandmother.” The pair’s drive, however, would prove far from mundane. Abélia’s chauffeur lacked a mouth, eyes, or ears. He drove their car past the Palais de Papes in Avignon, halfway across the world, which Abélia claimed was a precautionary measure to stop “all of those spies” from eavesdropping. She spoke with Caroline regarding mortal history and Gnostic theology, referred to Jesus Christ as “history’s most devious serpent,” and claimed that most Kindred (whose existence she appeared amply aware of) were shortsighted creatures. By her rationale, most vampires viewed their existences as inexplicable anomalies rather than proof that the world operated under different scientific laws than commonly believed—laws so alien as to call even basic logic such as the sum of two plus two into question. She offered to teach Caroline how those laws worked and warned there would be a price. The Ventrue numbly accepted, stating she had little of herself left to lose.

Caroline is uncertain what transpired next: she recalls the experience as equal parts mental and physical agony that ravaged her body, nearly shattered her mind, and left her feeling as if she had been sexually violated—but flooded her awareness with a trove of esoteric and occult knowledge. Abélia finally expressed gratitude for saving “my two daughters’” lives, though the Ventrue recalled saving but one, and offered Caroline two favors of her choosing. The Ventrue spent these on knowledge concerning her Embrace and secrets harbored by Baron Cimitière’s faction, the latter of which she hoped would provide a path towards gaining her sire’s favor. Though grateful, Caroline was hesitant to make use of Abélia’s favors and perplexed as to what manner of entity her benefactor even was. When asked, the French matriarch had but one answer:

“I’m six girls’ mother. That’s quite enough for anyone to be by themselves, wouldn’t be you agree?" 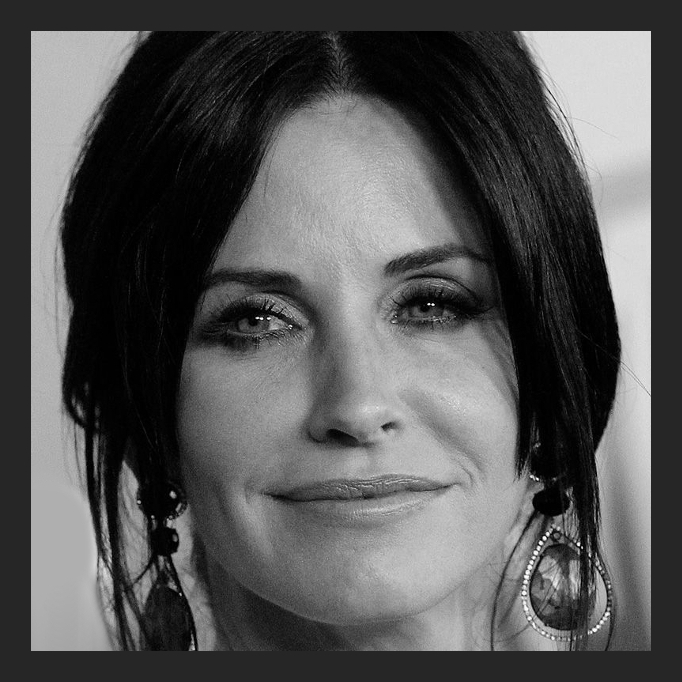