“Justice’s wheels turn so much faster when they’re greased with money.”
Bert Villars

GM: The days drag by. Villars spends the next few going over his client’s legal options.

First, Emmett can take a plea bargain. In return for pleading guilty, there will be no trial and some of the charges he’s facing will be dropped, resulting in a reduced sentence. 90% of all criminal cases are resolved this way. It saves money for the state and legal clients alike.

Villars will do his best to haggle for Em’s sentence(s) taking some form other than consecutive jail time. If Em is in jail for longer than a week, after all, he won’t be able to pay off Bud. Alternative sentences can include fines, probation, community service, or part-time (weekends only) imprisonment.

Em’s second option is to go to trial. If he wins, he could get more charges dropped. If he loses, he will receive a less forgiving sentence—which is very likely to include consecutive jail time.

Win or lose, a trial could be months away, and Em’s judge could be pissed enough (the state hates unnecessary trials) to hold him in Orleans Parish Prison without bail. He will also owe Villars thousands of dollars more in legal fees. Villars does not trust Em to repay any further debts and requires that he tender the monies up front. Whether Em obtains them through another loan from Bud, conning or begging his parents, or GoFundMe donations makes no difference the grimebag lawyer.

An additional con to going to trial is that Cash Money will be called to court—and see Em’s face again. Corrupt cops, Villars adds, hate going to court.

All things told, the mostly-blind lawyer advises his client to take a plea bargain. If Em wishes to go to trial, however, Villars is happy to let the newly-crippled grifter dig his own grave—so long as he gets paid.

Emmett: Em takes no persuading. Persuading is for people who can afford not to buy. He just nods his head. It’s the only part of him that doesn’t hurt anymore.

GM: “By the way. My further legal advice is for you to get your arms cut off,” Villars states upon hearing Em’s suggestion that he try to strike a deal with Cash Money.

“I’m quite serious. You’ve already shown so much more common sense after losing two of your limbs.” Villars leers. “Who can imagine what losing all four might do for you?”

Emmett: Em says nothing. “I just want to make this go away as fast as possible.” His hands shake, and he winces from the pain. “Please. You make the choice.”

GM: “You just leave it in my hands,” Villars states with another yellow leer.

He scratches his dog’s ears. “They have you on several gross misdemeanors, but no felonies. Your sentencing can probably take place concurrently with your arraignment. The state doesn’t want to spend any more money on this than they have to.”

The grimebag lawyer’s leer spreads like a piss stain over tile.

“Justice’s wheels turn so much faster when they’re greased with money.”

Emmett: Em says nothing. He just thinks a number, over and over and over. The number Bud whispered to him with a little girl on his lap. Ten thousand dollars. That was the number he had sold his sister’s life for. He wondered if they included little Noah and Maya in their definition of “family.” The last time he had seen them, he had given them toys he stole from his local store.

He breathes the number, hears it in the pauses of Villars’ monologue and sees it in the slits in his snake’s grin. He didn’t know what he was trading away. He didn’t know who he was on the phone with. The excuses are plenty. His idiocy has never scared him. He isn’t scared of going to the funerals. Or, at least, he’s not scared of that right now.

He’s scared that he might make the same deal if he knew what was on the other end.

GM: Three days after Emmett’s arrest, he is due for his arraignment. Dr. Brown still finds him medically unfit to be transported to court, so the legal proceedings are held inside his hospital room.

Stout chairs and thick wooden desks are brought inside by hospital staff. Bert Villars and four strangers dressed in full legal regalia file into Em’s room. There’s an older, gray-mustached man in a dark suit. A younger, clean-shaven man in another dark suit with a tape recorder. A square-jawed, balding man in a tan police officer’s uniform. Last is a stern-looking, white-haired woman dressed in a judge’s voluminous black gown. She peers down her half-rimmed glasses at the crippled young man with a disapproving eye as she assumes her seat. 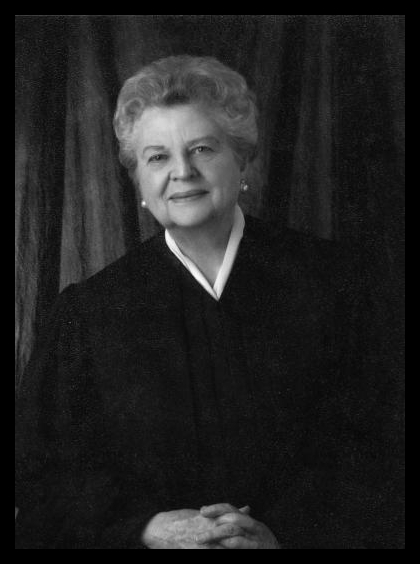 The suited young man, who looks like he could be around Emmett’s age, hits the recorder and announces, “The Honorable Payton T. Underwood presiding. The case of Louisiana vs. Delacroix; Criminal Action 09-10017 will now be heard before this court. Counsel please identify themselves for the record.”

“Please be seated,” the judge pronounces.

All of the attendant individuals do so except for the older suited man.

The judge regards the puffed-up grimebag lawyer. “Mr. Villars, do you waive the reading of the indictment in its entirety?”

The judge turns her severe stare upon the still-bedridden, gown-clad, and legless Emmett. “Mr. Delacroix, you have been charged in indictment with violations of the law for the United States, specifically assaulting a public officer, soliciting prostitution, false impersonation, drug possession, and obstruction of justice.”

Her half-rimmed gaze sweeps back to the cripple’s lawyer. “Mr. Villars, have you had an opportunity to at least preliminary review the indictment with your client such that he is ready to be arraigned?”

“Does he have or has he received a copy of the indictment?”

The prosecuting attorney lists the maximum sentences for all the charges in their entirety. Non-aggravated assault can carry a penalty of up to 90 days in jail, a fine of up to two hundred dollars, and financial restitution to the victim.

Emmett: His voice is every bit as enduring and reliable as a tin can. “Guilty, Your Honor.”

GM: Almost everyone in the ‘courtroom’ gives the young man a condescending look. “‘Your Honor’ is the term of address used for judges, Mr. Delacroix,” the prosecutor states thinly.

The judge’s gaze sweeps to the clerk with the tape recorder. “Mr. Thaddeux, can we have a date please?”

True to Villars’ promise, justice’s money-greased wheels speedily grind on. Em isn’t required to speak for any of it. Just the guilty plea. That’s all they want to hear from him.

Guilty they find him, of the following charges: assault, drug possession, and soliciting prostitution. Villars gets the false impersonation and obstruction of justice charges dropped as part of the plea deal. Judge Underwood sentences him to the following:

For assaulting a police offer, he is fined $200 and sentenced to 90 days in jail. Emmett will also have to pay an additional restitution of $200 to Ricky Mouton.

For soliciting prostitution, he is fined $500 and sentenced to another 90 days of jail time.

For drug possession, he is fined $5,000 and sentenced to yet another 90 days in jail.

Villars has managed to wrangle one precious concession: Emmett is to serve a nonconsecutive sentence on weekends, which means he will “only” lose two or three years of Friday, Saturday, and Sunday evenings. He is also to be assigned a probation officer, and is effectively on parole when he is not in jail. He will be subject to random searches and drug tests, paid for him by him.

“…as part of your plea in mitigation, you have forfeited the right to appeal any and all aspects of this judgment and conviction,” the judge pronounces with a final stern look for the despondent cripple.

Emmett: And all the men and women in suits get to go home, and Em stays. They walk, and Em sits.

They go home to their families, and Em cries.