“You’ll find anything a Kindred might want here—
willing vessels, easy vitae,
precious power, and a chance to claim a domain all your own.
On the other hand, you'll also find the restless dead,
a long-in-the-tooth prince,
and enough treachery to make you swear off damnation forever.
I call it home.”
Antoine Savoy, Lord of the French Quarter 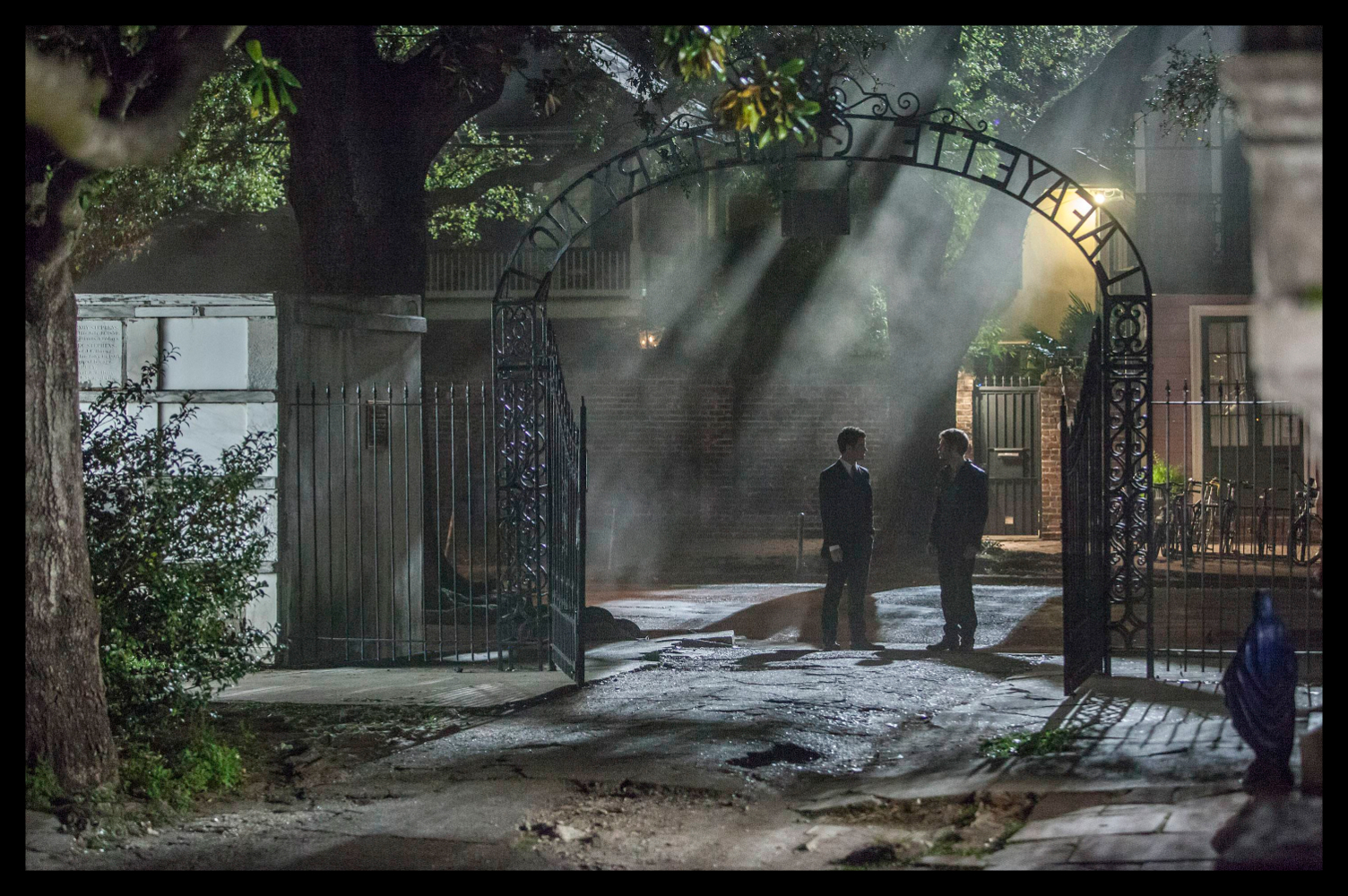 What more perfect environment could there be for the nocturnal Kindred than the glorious city of New Orleans? It is a place—perhaps the only place—that fully embodies not only the feel but the very essence of what it is to be damned to darkness. Even the paradox of unlife itself is mirrored in every contradictory facet of this roiling city that is at once gaudy and genteel, pious and perfidious, daring and discreet. Here, in the bloated belly of the Deep South, the wine flows, the dice roll, and the pleasures come slow and steady as molasses. Nothing is difficult here, unless it has to be, and yet nothing is free, either.

Nothing is ever free.

Some readers might think they are familiar with such a place. Some might even have been there, a fair number on more than one occasion. But the New Orleans you think you know, though it seems to be the city of which is spoken here, is not the New Orleans of a Gothic-Punk world. No, the New Orleans of the World of Darkness is a significantly darker place, filled with more people, more crime, more vice, more wine, more desire, more despair—more everything than its real-world counterpart. This is where it all hangs out, for both Kindred and kine, where dreams intercourse with reality, begetting nightmares most unreal—where even the dead must toss in endless, fitful sleep.

Blood and Bourbon is a Vampire: The Masquerade chronicle (with a few borrowed elements from Vampire: The Requiem) set in modern-day New Orleans. Players take on the roles of neonate and century-old vampires, ghouls, and ordinary mortals drawn into the political and spiritual quagmire that is the Big Easy. The current cast consists of:


In addition, Blood & Bourbon has seen many other PCs since its inception in 2015, some retired, others deceased, and still others on hiatus. A few of the most significant include:

• Emmett “Em” Delacroix, a Setite con artist and film aficionado with a mouth that’s caused him no end of trouble.

• George Vernon Smith, a two-faced Ventrue hotel owner nominally affiliated with the Lancea et Sanctum, but serving no master save his own hunger for power.

• Jonathan North, a Tremere ex-archon, Civil War surgeon, and undercover astor dispatched by Vienna to ensure the loyalty of his clan.

Join us as we explore the Big Easy, a city of faith and debauchery where ancient hatreds threaten to sunder a fragile peace. The Jyhad may rage on, but the party won’t ever stop. Lap up the blood. Toss back the bourbon. It’s all the same here.

Blood & Bourbon welcomes new players, whether they have been invited by the GM or discovered this page all on their own. Those with an interest in joining the game should consult the Player FAQ, where they will find instructions on how to create a PC, further information on what the game is like, and tips on navigating the rather large site.

Those with an urge to experience the Big Easy firsthand, however, may avail themselves of the story thus far…

DISCLAIMER: In true New Orleans fashion, I have combed the net for artwork, characters, game mechanics, assorted other pieces of gaming content, and mixed them all into one big pot of gumbo. If I’ve posted something of yours, shoot me a PM and I’ll be glad to take it down or offer credit where it’s due.

Excellent news re Campaign of the Year. Well deserved.

Congratulations to you and your players for the very well-deserved Campaign of the Year 2017! I’m glad to pass that torch to a very worthy successor. Game on!